Just when it seemed like Angela Simmons would be keeping her fiancé and father of her a child a secret forever, his identity has finally been revealed; months after she announced their engagement and that they are expecting their first child together.

Her fiancé is indeed a man named Sutton Tennyson. Several reports suggested Tennyson was the mystery man, but now it has been confirmed as photos from Simmons’ baby shower went viral over the weekend. She and Tennyson are even seen getting extra close in one of the photos. Check them out below via Fameolous.

Baby shower photos of Angela Simmons and her husband Sutton. Looks like they naming the baby Sutton Jr (SJ)

Sutton’s criminal past made headlines just after Simmons announced their engagement back in April.

He was arrested back and served time in prison for carrying a concealed gun back in 2000. He found himself behind bars again years later on credit forgery, identity theft, drug possession, and police obstruction charges, Bossip reported. He was freed in 2010.

Sources close to Sutton told the site that he wasn’t necessarily the best person for Simmons to tie the knot with.

“She’d be better off with Yo Gotti,” one said, referring to rapper Yo Gotti who made it clear he had a crush on Simmons in his song Down In The DM.

Simmons’ engagement isn’t the only thing that put her in the headlines. She also became the topic of conversation when she announced her pregnancy just weeks later. She and Sutton are having a baby boy. 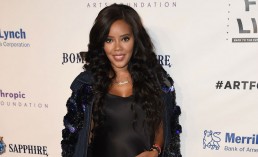 'Growing Up Hip Hop' Cast: Will Angela Simmons Ever Reveal The Father Of Her Child & Fiance? Fans Say... [VIDEO] 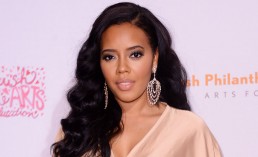 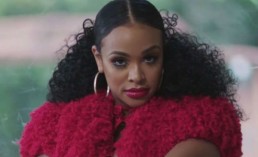