Before work this morning, I hit up the Starbucks around the corner from my office, like I always do. Right as I was about to grab my soy latte, a group of five or so men walked in. They were all dressed in suits and looked to be in their mid-50s or 60s. They were annoyingly rowdy, but typical of the kind of man you'll find in this neighborhood: suited up, works for a big bank or for the Stock Exchange, a Wall Street-type.

As the group brushed past me, I felt a hand grab my butt. It didn't accidentally brush past it, or do that awkward hand swipe that sometimes happens when there's too many people in a small space. No, this was a very deliberate a** grab.

I instinctively turned to the group and made eye contact with one of the men, a shorter dude with a balding blonde head. His pals turned to look at me, too, and I could've sworn they snickered. I said nothing, save for a harried "thank you" to the barista who handed me my coffee. As I walked out, I made eye contact with the woman that was standing right next to me when the grab occurred; she looked uncomfortable, her lips pursed and jaw clenched, though her eyes were cast down. She saw what happened, yet like me, remained silent.

I fought the urge to unleash my inner Millennial rage and Tweet about the incident, Instagram a feminist quote, or Snap a story's worth of anger. Instead, I told my boss later that morning, and she collectively lost it for the both of us.

This wasn't rape. This wasn't a sexual assault. This was an unwelcome touch that, if performed to an unwilling man by another man, would've either led to a physical altercation or, if you're in this neighborhood, lawyers being called. And it's proof that you don't necessarily need to be violently treated or raped for it to still mess with you.

The #NextFakeTrumpVictim Twitter hashtag perpetuates a dangerous mentality of dismissing the claims of victims who chose to remain quiet sometimes 10, 15, even 20-plus years.

Here's the thing: Women stay silent after sexual violence largely out of a fear of being ridiculed or not believed. They stay silent because in their minds, they minimize what happened to them ("well, he didn't technically rape me...") and often feel ashamed or uncomfortable sharing their traumatic experience.

There's also the element of fear. Trump was, and is, a formidable man with a lot of money and influence. He's also physically intimidating. The women he's reported to have attacked probably feared retaliation, career ruin and again, the disbelief that unfortunately often goes hand-in-hand with accusing a wealthy man of attacking a woman well below his sphere of influence and economic status.

As a society, we are taught to not believe women. They can bring every receipt in the book--hell, Trump shared his predator plan with Billy Bush--yet we would still blame yet another woman, Hillary Clinton, for pushing them to act against him now. And, to be fair, maybe she did. Maybe Hillary's team really did find those women and ask them to come forward with their experiences in light of the election. However, that doesn't belittle their stories and their trauma.

#NextFakeTrumpVictim isn't just minimizing the stories of the Trump victims -- it's devaluing the stories of countless women abused, attacked or assaulted that might've waited years to come forward. And that's not something that we can afford. 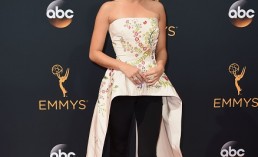 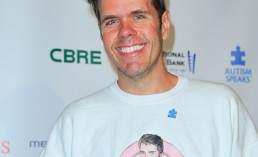 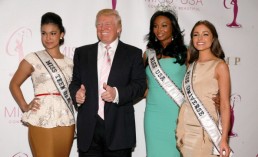