Fan girls everywhere fell in love with and swooned over Ryan Gosling when he stole their hearts as the lead in The Notebook back in 2004, but now, it seems he could have stolen our hearts somewhere else-in Stars Hollow Connecticut on Gilmore Girls!

At the Gilmore Girl Fan Festival this weekend in Washington Depot, Conn., where the fictional town of Stars Hollow is based on, casting director Jami Rudofsky admitted she had brought the actor in to read for a smaller part of a Stars Hollow High football player, but things didn't go well after he bombed the audition, and everyone thought she was crazy for bringing him in.

"I rolled my eyes because he was late, and he was blond," she recalled during the event. "Everyone was like, 'Really, Jami?'"

She went on to say that he was to read for a "football character," though it was unclear what the timeline was for when he would have been on the show, and it doesn't appear the character ever came onto the timeline.

Other actors eventually went on to star on the show and become major love interests for Rory (Alexis Bledel) and her best friend Lane (Keiko Agena), including Adam Brody, Chad Michael Murray, Jared Padelecki, Milo Ventimiglia and Matt Czuchry. None of them were involved in a football team, with Lane meeting Brody's Dave through church and her band, Rory meeting Murray's Tristan at Chilton, Padelecki's Dean around town (though he was never a football player), and Ventimiglia's Jess through his uncle, Luke (Scott Patterson).

However, things did work out for Gosling of course, since he went on to star in The Notebook and remains a heartthrob to this day, and of course Gilmore Girls fans have been gearing up for the new Netflix mini-movies catching up with the cast and revisiting their characters' lives, which premieres Thanksgiving weekend. 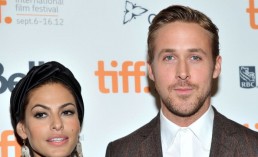 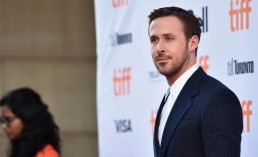