Avatar director James Cameron is hoping for 3D films that require no special glasses in the future.

Cameron is still working on the four Avatar sequels, which are set to come out in winter 2018, 2020, 2022 and 2023, respectively. The famously ambitious director is also hoping to push past the limitations of 3D, as he tried to do with the original Avatar.

Speaking at the Society of Motion Picture and Television Engineers, Cameron explained his desire to get 3D to a place where no glasses are needed and the notoriously dark screens are brightened.

"I'm going to push. Not only for better tools, workflow, high dynamic range (HDR) and high frame rates (HFR) - the things we are working toward," he said, according to IndieWire. "I'm still very bullish on 3D, but we need brighter projection, and ultimately I think it can happen - with no glasses. We'll get there."

Cameron is thinking ambitiously for the overall saga of Avatar as well, expanding his plans for three sequels to four and attempting to outdo the original film.

"We have decided to embark on a truly massive cinematic process," he said at CinemaCon earlier in the year. "We began to bump up against the limitations for our art form."

He added, "So far, the art I'm seeing, is in pure imagination, really far beyond the first film. It's going to be a true epic saga."

Avatar remains the highest grossing movie of all time worldwide, grossing $2.7 billion. It remains to be seen if these legions of moviegoers will return for the sequels considering it's been almost a decade since the original, but the amazing final gross for Star Wars: The Force Awakens shows that some properties can withstand decades of waiting. 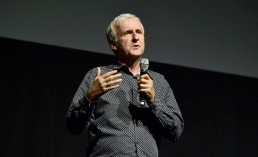 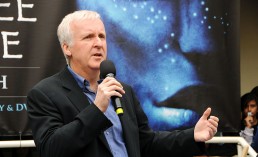 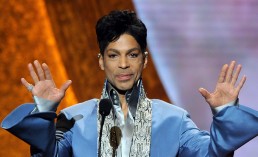