Cara Delevingne may no longer identify as a model, but that doesn't matter when there's a Victoria's Secret Fashion Show in the works.

The mainstream lingerie brand invited Cara back to walk in the Victoria's Secret Fashion Snow after a two-year-long break. The invite was extended without a formal casting, which even seasoned pros like Bella Hadid had to go through.

The news come amid claims that the reason Cara had to sit a show out in 2014 was due to Victoria's Secret head honchos claiming that she was "too bloated" to walk.

Naturally, Cara quickly rejected the rumor, and posted a letter from VS CMO and Executive Producer Edward Razek, where he denied the claims, too.

The actress has yet to accept his offer, however, which can mean she's poised to make a Beyonce-like surprise appearance at the show, or just not walk at all.

Regardless, we applaud Cara's refusal to allow anyone to talk smack about her body. She captioned her photo: "it's shameless to discuss women's bodies just to sell papers." 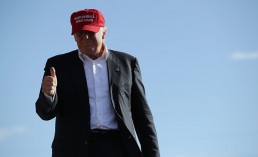 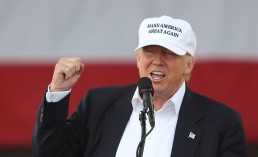 'Vote Trump' Written On Church Set On Fire In Mississippi 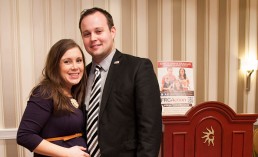