Kim Kardashian West is exploring the idea of having baby no. 3, as viewers saw during Sunday night's episode of E!'s Keeping Up With the Kardashians.

The latest episode of Keeping Up With the Kardashians featured a trailer of next week's installment which teased Kardashian West's desire to have more children.

"So, I've come to the conclusion that I just want to explore surrogacy," Kardashian West explains to her family in the clip, with matriarch Kris Jenner having a stunned look on her face.

Kardashian West has been discussing the idea of more kids for several months now, admitting during the finale of Kocktails with Khloe that she and husband Kanye West have had discussions.

"I was so set on my two kids and how happy I was with my life the way that it is, but Kanye has been mentioning it every single day lately for the last 10 days," she said. "[But] it would be a really dangerous environment for me if I were to get pregnant again."

Kim has notably had difficulties during childbirth, having dealt with placenta accreta, a condition in which the placenta sticks to the wall of the uterus rather than coming out during the birth. A source said back in January that her second child should be the last.

"This is definitely the last baby Kim is having herself," the source told Entertainment Tonight. "Doctors told her getting pregnant again is just too risky. The two pregnancies did so much damage to her body, it's just not worth it. If she wanted more, adoption wouldn't be out of the question."

It remains to be seen if Kim will follow through with her desire to have a third child. She and Kanye have a 4-year-old daughter, North, and an 11-month-old son, Saint. 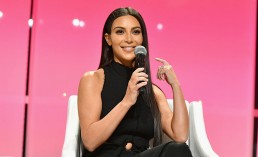 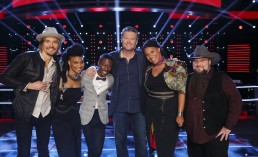 'The Voice' Season 11: Which Team Blake Shelton Members Will Be Eliminated? [POLL, VIDEO] 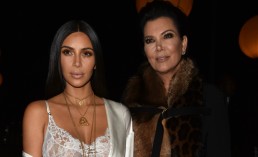