Russell Wilson and his pregnant wife Ciara visited a children's hospital on Tuesday after Wilson's impressive performance on Monday night.

Following the Seattle Seahawk's game against the Buffalo Bills on Monday, Wilson and Ciara traveled to the Seattle Children's Hospital, where they visited with a couple of kids.

"Delilah is an angel just like her sweet mom! Her mom was wayyy more excited to @Ciara than me haha! @SeattleChildrens," Wilson wrote in the caption of the photo below.

Wilson also shared the picture below on his Instagram account, along with the caption, "Chanon is a Champion! He is @StrongAgainstCancer @SeattleChildrens."

Wilson has made a habit of visiting the hospital and spending time with sick children. In fact, he was there just last week and shared a couple of photos of himself and a baby he met in the facility.

Speaking of babies, Wilson and his wife recently announced on Instagram that they would soon be welcoming their first child together.

"On this special Birthday I received an abundance of love from friends and family.. and I'm excited to Finally share one of the Greatest Gifts of All that God could give," Ciara wrote on her account a couple of weeks ago.

Meanwhile, Wilson spoke of their baby news as well, telling fans, "The Greatest Blessing of All. Forever Grateful. #BabyWilsonOnTheWay." 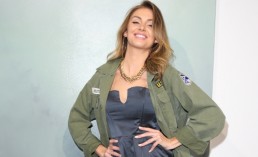