The year is already coming to its end soon. But still, it has some superlative retreats for all the gaming geeks in its store. A recent revelation hinted that the players of Resident Evil 7: Biohazard who have bought their versions from Windows Store will be able to transfer and save its gameplay progress from PC to Xbox One consoles as well. The vice versa will be also possible.

The insight was reported and confirmed by IGN, which stated that the game will also support a 4K resolution.on PC as well. The game's cross save feature will allow its players to continue playing this game whenever and wherever he/she wants it to play.

Just the person needs to transfer his/her last play progress from his/her PC to Xbox One and then the player will be able to start the game at outdoors as well from the same position and level where he/she saved its gameplay last.

This cross save feature can be also seen on games like Gears of War 4, Forza Horizon 3, and Recore, which are all part of Microsoft's Play Anywhere promotion. This means if a gamer buys one digital copy for PC among any of these games then he gets the access of the same on Xbox One as well.

It should be noted that all these above-mentioned games are the first party titles of Microsoft only. However, as per PC Gamer, third-party games like We Happy Few, Cuphead, and Slime Rancher are also confirmed for the program as well. But it is still not confirmed whether Resident Evil 7 will be a Play Anywhere stunner or not.

However, Resident Evil game series is a creation of Capcom. So, if it gets the certification to be a full version game which would be allied with cross saving feature, then it can become the first ever third party game to be attributed with PC/Xbox playability strings.

The game was primarily uncovered at PlayStation's E3 conference. The game was also said to comprise with stresses of virtual reality with PlayStation VR support. The game is also indicated to officially release on January 24, 2017. 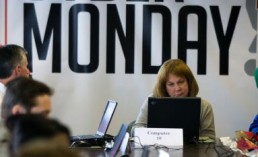 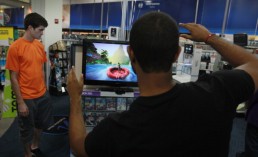 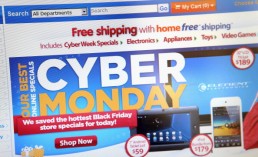