According to The Bit Bag, the anime producers revealed that the upcoming movie will have an English subtitle just like how it was premiered in the previous Digimon series and in Crunchyroll.

"Following Meicoomon's rampage and the Reboot, Taichi and the others leave behind a distressed Meiko and head to the Digital World. But the partner Digimon that they've reunited with have lost their memories. They once again try to forge new connections, but only Biyomon is wary, telling her partner Sora that she doesn't know anything about the past. While Sora normally thinks of others even before herself, she now has distrust in her heart. As Sora stands heartbroken, Tai and Matt (Yamato) cannot find the words to help her.

Meanwhile, in the real world, Nishijima receives a notice that Himekawa has disappeared. When he investigates, he learns that she has had a hidden goal behind all her actions thus far."

Aside from that, Digimon World: Next Order International Edition game will be released in Europe next year January 27, January 31 in America, and February 16 in Japan,

The newest game features multiple language options which include English, French and Spanish subtitles plus English and Japanese voices just like in Playstation Vita, Siliconera has learned.

Digimon Adventure is also known in North America as the 1st season of Digimon: Digital Monsters,  a Japanese anime television series created by Akiyoshi Hongo and produced by Toei Animation in cooperation with WiZ, Bandai and Fuji Television.

"Digimon Adventure Tri: Loss is set to hit the big screens on February 25, 2017 in Japan. 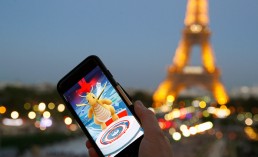 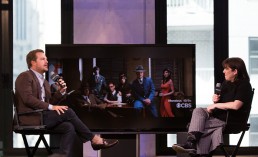 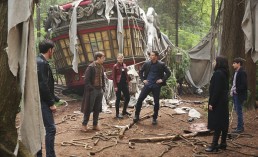