Apple has prepared a major plan to celebrate iPhone's 10th anniversary on 2017. There's more than a year from the launch of the iPhone 8, but Apple's big plans for the device have already stirred rumors providing hits about the impressive features of the upcoming iPhone next year.

According to IBTimes, Apple will release an iPhone featuring the curved OLED screen in 2017. This curved screen device will cost more than the usual models because the production cost of the OLED display is higher by at least $50(£40).

The tech giant company is rumored to be testing more than ten prototype iPhone models. Furthermore, reports suggest that it's going to be a radical design with an edge-to-edge display with features like Touch ID fingerprint sensor and front-facing camera.

The Touched ID and the camera are expected to be built directly into the display which means that users will expect no Home button.

On the other hand, retailers have also been asked to increase the production of thinner OLED displays and submit prototypes that feature a better resolution compare to other mobile phones. Mobile phone companies like Samsung, Google, and Chinese manufacturer Xiaomi have already switched to OLED screens from LCD displays. OLED displays are thinner, lighter, and flexible and most of all do not require a backlight component to illuminate the screen.

"We will make sample OLED screens, but I can't see them having the potential to become a big market," Tai Jeng-wu, chief executive at Sharp said.

According to the Wall Street Journal, Apple will refrain from using aluminum for the body of the mobile phone but instead re-adopting a glass body which is similar to the body that has been utilized in the iPhone 4.

Therefore, it is expected that the upcoming iPhone model in 2016 will be made of glass built with aluminum or stainless steel frame. iPhone 8 will the tentative name for the device, though it has not yet been confirmed by the company. The upcoming phone will be considered as the most logical choice for a major update. 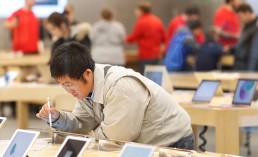 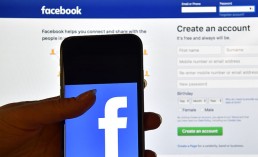 Tired of Social Media? Delete Your Digital Existence In A Click 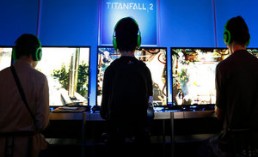