Finally, the lucky chosen charity of Amber Heard will receive a lot of money to cater to their patients, but some critics just don't believe all that. Even Johnny Depp had some doubts so he initially gave $200K to ACLU and CHLA upon knowing Heard's plan for the money. And because up to now, they find it hard to reconcile their differences with Amber Heard preferring to get the money straight from Depp, while he wants to give the money straight to the charities.

According to TMZ, Amber Heard will be giving the charities by installment until it reached fully paid by 2018. Meaning, her divorce settlement with Johnny Depp will be going to her account by a fraction, still in support of her donating it all to charity. But sources close to The Pirates of the Carribean star doubts that the charities will receive the amount promised by Heard of which the two charities will equally share with the $6.8 million or $3.4 million each.

The odds are still on between the two estranged couple as they cannot agree on who will give the money to the charity, as per reports from PEOPLE. The divorce which started May 2016, only became clear in September 2016 when had agreed on a $7 million settlement of which all will be donated to charity. The three months court battle have been very difficult and sad but more so if the promise would not be fulfilled.

Johnny Depp's tax deduction issue and Amber Heard's word of honor had been clashing a lot to see who has the purest of intentions. Heard's lawyer, Pierce O'Donell reiterated how serious his client are in her advocacy, thus helping sick children and protecting women against domestic violence is her core or "life's work". Her recent PSA has said it all as she empowers women to voice out their troubles and stand up for what they think is right. Adding to it to have a more flexible and vigilant system for reporting domestic violence. 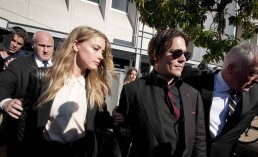 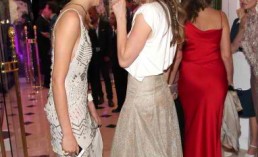 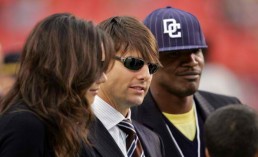