According to Cartoon Brew, the entertainment giant recently revealed an official trailer teaser of Guardians of the Galaxy Vol.2 which revealed much more about the plot as well as the characters to be seen in the latest stunner. As per the report, a glimpse of Rocket Racoon and Baby Groot from the trailer played somewhat the show-stopping moment in the footage.

Adorable Baby Groot's scene was the most favorable part of the teaser footage, as per Time. It showcased the blend of innocence amalgamated with a mysterious spirit. The trailer also featured plenty of the old sarcastic Rocket, Chris Pratt as Star-Lord.

The sequel of the premium first edition of Guardians of the Galaxy will again unveil another tremendous giant space battle. According to potential sources, this time the battle would be more emphatic with a large scale of commands and weapons. Additionally, it will have heroic spirit blended with humor and amusements.

Among other moments from the trailer, some of the most intriguing moments are Drax flying into a creature's mouth, knives out and Rocket instructing Groot not to push a button. The movie has been reported to hit the big screens on May 5, 2017. Although, the date may be later extended as per the need of the production unit. Many have even said that there would be two or more scene trailer revealing soon too which would provide the glimpse of the storyboard as well. However, the excited viewers can now enjoy the teaser trailer for a while. 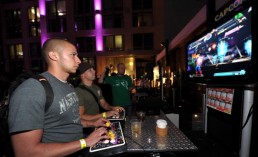 Marvel vs. Capcom Infinite: Mega Man To Be Seen As New Entry [VIDEO] 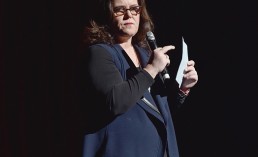 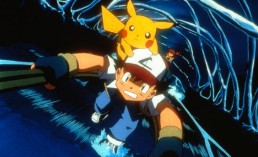