Sarah Paulson is reportedly on Brad Pitt's team when it comes to his divorce from Angelina Jolie.

According to a new report, Jolie mistreated Paulson years ago -- and the openly gay actress hasn't forgotten it.

“Angie was incredibly rude to Sarah during the making of 12 Years a Slave in New Orleans, giving her the cold shoulder and making it quite clear her presence wasn’t welcome,” a source told Radar Onlnine of the film, which Pitt starred in and produced through his production company, Plan B Entertainment.

Paulson “has never forgiven her for it, particularly as Angie’s a gay icon for her,” said the source, adding that the 41-year-old Paulson “has already reached out to Brad and he’s welcomed her support with open arms... She’s become one of the most acclaimed actresses on television since that movie and Angie may well regret making an enemy out of Sarah!”

Jolie filed for divorce on Sept. 21 after 2 years of marriage and six children, including Maddox, 15, Pax, 12, Zahara, 11, Shiloh, 10, and twins Vivienne and Knox, 8. As fans will recall, Pitt and Jolie struck up a relationship with one another during 2005's Mr. & Mrs. Smith, despite his marriage to Jennifer Aniston. Then, just weeks after Aniston filed for divorce, Pitt and Jolie went public with their romance during an outing in Kenya.

In Jolie's divorce filing, she requested a judge grant her full physical custody of her and Pitt's children. 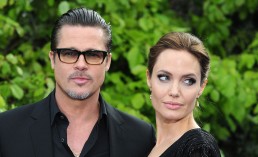 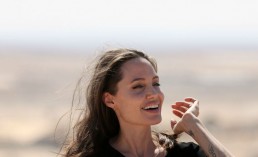 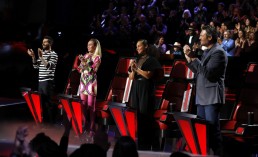