Selena Gomez is allegedly cutting her friendship with Taylor Swift because of Justin Bieber. Reports are telling that Selena gave a snide remark about Taylor calling her a bad influence.

Selena and Taylor are long-time friends but the rift in the friendship started when Selena was treated in the rehab and Taylor was not even there to support her and she did not even dare to visit the "Hands to Myself" singer.

Now, as per Inquisitr, Selena Gomez and Taylor Swift feud is in fact real and Selena already decide to cut her ties with her former best friend. Some speculate that it's because of Justin Bieber, Selena's rumored boyfriend.

It can be recalled that Justin and Taylor have developed a spat which also started with Taylor's rift with Kanye West. Justin Bieber took side with Kanye and that was the start of it. And recently, Justin Bieber threw shade at Taylor by singing some lyrics on one of her songs.

With that, some would tell that Justin is in fact secretly mad with Taylor Swift because the "Sorry" singer just wanted to protect his rumored girlfriend Selena and that he is siding Selena Gomez. So, if one tries to analyze the situation, it's Justin and Selena vs. Taylor Swift.

But some also have other versions like Selena calling Taylor as a bad influence. It has been speculated that Selena Gomez is also blaming Taylor for her breakdown. She added that she just wants to heal completely so in as much as possible she wants to avoid negative people around her as per Newsy Worldys.

Meanwhile, Justin Bieber was just spotted with a mystery woman while boarding his private jet. She can be hardly recognized because of her covered with her hood but some speculate that it's Selena Gomez. Justin was taking some time off his busy schedule before Christmas.

Well, Selena and Taylor's friendship might be over already because of the former's rumored romance with Justin Bieber. And Selena is completely out from Taylor's girl squad.

Selena Gomez and Taylor Swift were always inseparable before but now everything turned sour all because of one man, Justin Bieber. 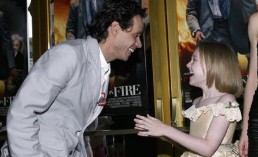