Ariana Grande is now defending herself from the backlash she's received from posting a note on Twitter about feeling objectified.

Grande experienced an unfortunate fan interaction on Tuesday. The singer was with her boyfriend, rapper Mac Miller, getting something to eat, when a fan approached them and congratulated Miller "for hitting that," referring to Grande. The pop star posted a long note on Twitter about the incident, discussing how women are often regarded in a sexual manner in society, and how that needs to change.

While Grande received numerous supportive messages to her sentiments, some were not as accepting. The "Side to Side" singer was accused of being a hypocrite for showing off her body in videos and having sexual lyrics in her songs, while also saying she doesn't want to be objectified.

So Grande took to Twitter again to combat those negative replies, arguing that just because she presents herself in a certain way doesn't mean people have the right to disrespect her.

seeing a lot of "but look how you portray yourself in videos and in your music! you're so sexual!" .... please hold.. next tweet... i repeat

expressing sexuality in art is not an invitation for disrespect !!! just like wearing a short skirt is not asking for assault.

Women's choice. ♡ our bodies, our clothing, our music, our personalities..... sexy, flirty, fun.
it is not. an open. invitation.

You are literally saying that if we look a certain way, we are yours to take. But we are not !!! It's our right to express ourselves. ♡

Of course, she received more negative replies after these messages, but she has chosen not to respond further. 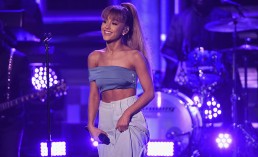 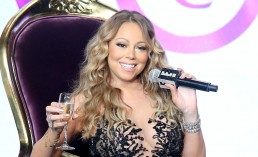 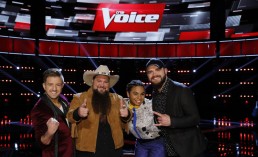