DeMarcus Cousins name is again being dragged in the rumor mills as of late. Recent reports are saying that he might be on his way to the Washington Wizards to join forces with John Wall before the trade deadline expires in February.

Cousins have been a familiar figure of trade rumors for a couple of months. Since last year, he'd been vocal about his dissatisfied feeling with regards to the situation of the Sacramento Kings and the structure of their roster. Some say that he is also tired of being a loser and wants to have the feeling of being in the playoffs that he never experience since he was drafted in 2010.

Before the regular season, reports are spreading that general manager Vlade Divac and team owner Vivek Ranadive are secretly trading Cousins to other teams. Both Kings official strongly denies the speculation and it seems that they are saying the truth as Cousins is still with the team.

But recent reports insinuate that a possible deal between the Kings and Wizards might take place. According to FOX Sports, one trade deal that may happen before the trade deadline is between the Sacramento Kings and Washington Wizards.

Trade scenario is suggesting that the Kings will send DeMarcus Cousins and Rudy Gay to the Wizards in exchange for Bradley Beal, Marcin Gortat, and Otto Porter. This trade will surely change the fortunes of both teams with regards to their current campaign and their future.

The Wizards will definitely be tag as a contender with the arrival of Cousins and Gay. The trade will also make John Wall more happy to reunite with his good buddy Boogie who are college teammates with the Kentucky Wildcats. There's no doubt that the combination of Wall and Cousins will give a scare to top teams in the East, the Cleveland Cavaliers and Toronto Raptors.

For the Kings, this deal seems to be not bad at all. It gives them a good return as Beal, Gortat and Porter are solid contributors for the Wizards this season. Their acquisition will also provide them the needed boost in their current campaign and even if they fail this season, the future is brighter for them to have young guys in Beal (23) and Porter (23).

However, as per checking with ESPN NBA Trade Machine, Beal cannot be traded until January 15 meaning this trade deal is not proceed for now. Still, the Washington Wizards and Sacramento Kings can revisit this again when Beal is available as this deal is plausible for both teams and the reunion of DeMarcus and John Wall is what fans are anticipating. 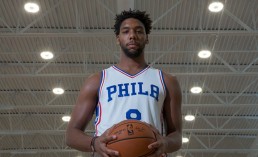 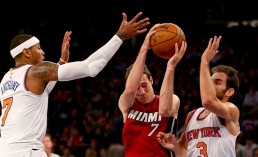 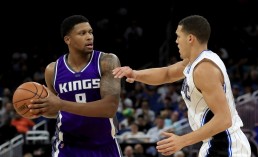