Agents of S.H.I.E.L.D. Season 4 is all set to return within the next few days with its remaining episodes and if the official 2017 photos are any indication, Aida may start a robot uprising in the coming times.

Though it is not confirmed whether Robbie, the Ghost Rider will be back, it is sure that Aida may start an uprising of the robots, reports TV Line. The new episode is all set to roll out in six days after almost a month-long hiatus and has been titled Broken Promises. The photos that have been released by the producers appear to show a confrontation between Professor Radcliffe, Leo Fitz and Aida.

Also, the official synopsis of Agents of S.H.I.E.L.D. Season 4 discloses that Phil Coulson has begun to form an attachment with the Agent May and is also enlisting more members of Parminder Nagra's family, reports Screen Crush. It says that Agent May's deadly secret could destroy Coulson and the team. If fans remember the previous episode, it would be pretty clear to them that the other agent May is basically a Life Model Decoy, created by Aida.

It had quite a good number of twists and saw Aida snapping an agent's head and then caressing an unconscious Agent May. Still, it is not clear what Aida has in mind for May and the team. What has come to the fore is executive producer Jed Whedon's comments in which he had stated that Aida is not as ruthless as Ultron.

Though May's LMD may copy her human behavior it is not clear if Phil Coulson will be able to differentiate the real Agent May or not. Also, Whedon had said that both Aida and the LMDs are not primarily evil.

As they are not that independent, it could have been that Aida kidnapping May and replacing her with an AMD was because of Professor Radcliffe's orders. As for Ghost Rider, Coulson was seen telling Daisy in the last episode that he has a feeling that Robbie would be back.

Agents of S.H.I.E.L.D. Season 4 returns with the ninth episode titled Broken Promises on January 10 on ABC. 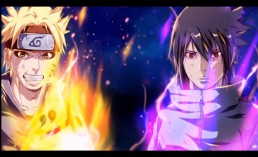