Samsung is determined to put the Galaxy Note 7 fiasco behind it. With the arrival of the Galaxy S8, the South Korean tech manufacturer is closer to actually doing that.

Considering that the Galaxy S7 and the S7 Edge had been marketed with a $670 and $780 price tags, respectively, it is being perceived that the next flagship will be rolled out with a worth of $850. This perception may be based on the fact that the Seoul-based organization intends to recoup its previous losses.

However, it is unlikely that such a scenario will take place. Based on an NSEAVoice report, Samsung has upped its fourth quarter earnings for 2016. With this in mind, the tech giant will be in position to better market the S8.

Sources reveal that the upcoming Samsung Galaxy S8 device has potent features to present. In addition to its dual-curved edge frame, the unit has a Quad-HD Super AMOLED bezel-reduced surface display.

Anticipations are high that either an Exynos 8895 processor or a Snapdragon 835 chipset from Quallcom will run the handset. RAM figure is pegged to range between 6GB to 8GB.

Aside from a dual-camera scheme, Harman Kardon speakers are also set in place. It is also being speculated that the home button will be retained. In addition, a USB-C adapter is included.

Considering that Samsung is out to bury its failed tracks, the South Korean company will also be adding unique features. Similar to what has been unveiled by the Microsoft Lumia 950 Continuum unit, the Galaxy S8 will have a desktop-associated productivity approach.

It is also expected that an iris scanning capability will be introduced. Meanwhile, a highly sophisticated voice assistant called Bixby will be installed.

Based on leaked developments, the Seoul-based tech giant is perceived to launch its flagship in April this year. What is astounding is the plan of the organization to release around 60 million S8 handsets.

Judging from its intention to erase the Note 7 debacle, Samsung plans to roll other products. According to rumors, it is possible that the Galaxy Note 8 and the foldable Galaxy X will be introduced along with the S8. 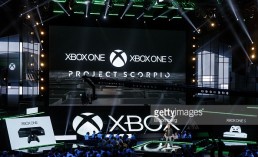 Xbox One Scorpio News: Here's The Most Convenient Way To Get Microsoft's Upcoming Most Powerful Console [VIDEO]

AMD Ryzen CPUs Are All Unlocked and Overclocking [Video]