"You know me, I'm a conspiracy theorist. I think the government did that. They set her up," Cannon said, clearly joking. "That was a distraction. They just put her out there."

Blame has been placed everywhere for Carey's mishap, with her team blaming Dick Clark Productions for setting her up to fail, and others blaming her for not properly rehearsing. Either way, as the host of NBC's America's Got Talent, Cannon empathizes with Carey's live TV struggles.

"I mean, anyone who knows about performing and having inner ears and stuff like that, things like that can go wrong on live television," Cannon said. "I do live television. I screw up on 'America's Got Talent' all the time. So when there's people in your ear saying things and stuff, I think she kinda got a little flustered."

However, as Cannon explained, "being the diva that she is, she said, 'I'm just going to walk around and pose for seven minutes.' And like Ryan Seacrest said, she can do no wrong. She worked through it. [The crowd was] like, 'She's amazing and her lips aren't even moving!'"

Meanwhile, Carey has announced a break from big media appearances for the coming months in the wake of the disaster. Carey tweeted an audio clip of herself revealing what her plans were for the next few months, saying she would still be fulfilling her "professional obligations", but "this is an important time for me to finally take a moment for myself and to deal with my loved ones and to prepare for my upcoming tour in March ... I can't wait to sing for you again."

Carey also said, "Listen, guys. They foiled me. Thus, it turned into an opportunity to humiliate me and all those who were excited to ring in the new year with me. I cannot deny that my feelings were hurt, but I'm working through this and I'm truly grateful for my fans and my true friends who have been so supportive during this time." 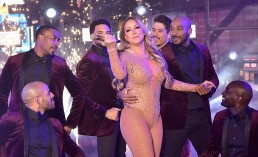 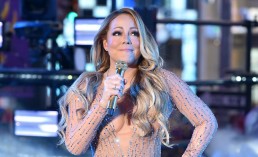 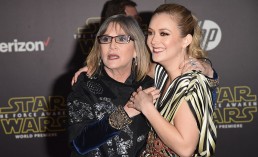