Ruby Rose may have thought about the possibility of becoming a boy, but she no longer feels this way.

Rose, who identifies as gender fluid, struggled through childhood with her identity and sexuality. While she came out as lesbian at the age of 12, she also considered the idea that she was in the wrong body. However, she is now happy to have stayed female at the age of 30.

"I'm a woman ... I want to have babies one day, so I'm glad I didn't make changes earlier in my life," Rose told The EDIT in a recent interview.

Rose's childhood was a tumultuous one, with both boys and girls feeling threatened by her.

"Everyone had Barbies; I had Ninja Turtles and Superman," she said, of her identification with more stereotypically male toys. "I was crazy about Archie comics. I played footie with the boys."

While Rose would often hang out with boys, girls didn't take to her, especially when she later came out as lesbian. As she thought about getting gender reassignment surgery, she was bullied and tormented by peers. She didn't go through with it, previously telling The Guardian that she didn't have the same urgency to transition as many of her trans friends.

Now, Rose is comfortable being gender neutral, and is urging friends of others identifying the same way to just refer to them as such.

"It can be confusing; I have friends who are gender-neutral and like to be called 'their', even though you're talking about one person. But if you're going to be friends with them, just learn it - it's not so hard," she explained.

Rose is currently dating singer Jessica Origliasso, of The Veronicas. She was previously engaged to fashion designer Phoebe Dahl, but the pair split in December 2015. 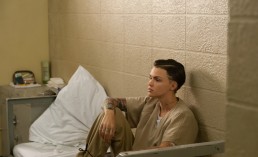 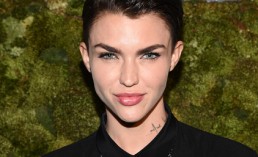 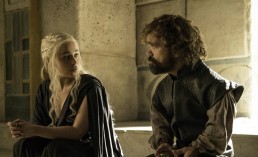