There seems to be a bit of a speed bump in the Liam Hemsworth and Miley Cyrus express, but the issue may not really be as big as some reports are claiming it to be. The aforementioned reports are of course the ones about the 27-year old actor not being ok with her fiancé texting her ex boyfriend, singer and songwriter Nick Jonas; even if it's just friendly conversation.

According to an insider source from Life & Style Magazine, Jonas has apparently been texting the 24-year old Miley for a couple of weeks now. The text are reportedly not romantic in any way, and could just be Jonas' way of reaching out to former friends and flames.

However, Liam is apparently not on board with all of it and is reportedly furious about the fact that it has been going on behind his back. The report further revealed that Liam apparently told Miley to tell Jonas to back off. Jonas and Miley only dated for about a year and broke up back in 2007, which is actually ancient history in Hollywood.

The report however does claim that there is something fishy about Jonas suddenly reaching out to Cyrus after all these years. He knows very well that Cyrus and Hemsworth are serious about their relationship, which means that he should have known better than to meddle in their affairs.

The publication further speculates that breaking up the potential marriage may not really be what Nick is trying to do, but whatever his intention is, it would just be better if he would find someone else to chat with.

Miley and Liam fans of course have nothing to worry about as both couples have been continually showing the world just how much they are serious about each other. According to Hollywood Life, Miley even recently posted a selfie photo for Liam's birthday, where she called him his "favorite being EVER." 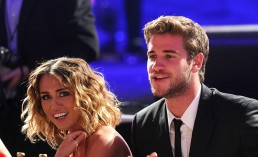