In the past few days, when people talk about Selena Gomez's love life, it's usually about her blossoming love story with The Weeknd (Abel Tesfaye). However, her new song could be taking listeners on a trip down memory lane, since fans believe that her new music is all about an ex-boyfriend, Justin Bieber.

As for evidence that rumors might be true, Selena teased a small part of the song on her Instagram post, and she sings the line: "I had a dream, we were back to 17, summer nights... never growing up." She was seventeen-years-old when she was first introduced to the Bieber before they started their six years of on-off drama relationship, Elle points out.

Evidence number two: according to ASCAP, "Kill Em with Kindness" singer recently registered a song called "It Ain't Me" that she co-wrote with DJ Kygo. Even though this might not necessarily be the same song she teased on her Instagram story, it's quite possible that, if she wrote it, the song in question has personal nature.

Fans are officially intrigued. However, it looks like Justin Bieber isn't since he doesn't have an opinion on Selena Gomez's rumored relationship with the Weeknd (when asked) or he just wasn't in the mood to answer questions about his ex-girlfriend.

However, people shouldn't expect Selena to confirm the fans suspicions that the song is about her ex-boyfriend, as she previously told Marie Claire she's tired of talking about Justin. She said: "I would try to promote something that I loved," she said. "And the entire interview would be about my personal life." To be honest, her personal life has been really frustrating.

Still, whatever Selena Gomez's new song is about, it sounds like it's going to be a hit. The track is upbeat and ultra-catchy, the kind of song she does so well. 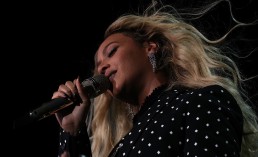 Beyonce Is Pregnant; The Singer Has Three Hearts Now 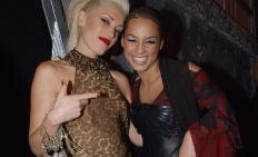