The NVIDIA GTX 1080 Ti may get a surprise release at this year's Game Developers Conference (GDC) 2017. The Santa Clara chipmaker is reportedly planning to host an event at the GDC 2017 which is known as "Geforce GTX Gaming Celebration." AMD will also hold a special event on the same day.

WCCFTech reported that Nvidia is planning to host an event for the GeForce gaming community this year at the GDC 2017; it will be scheduled to take place on Feb. 28. The event will open at 6:30 PM and will start at 7 PM. The venue has yet to be revealed. The press invite reads that it will be an evening of "awesome PC gaming, hardware, tournaments and of course free food, drinks and a few other amazing surprises."

The trusted gaming website believes that the surprises word means, unveiling of the new NVIDIA GTX 1080 Ti GPU.  According to Tech Report, while there is no explicit mention of the unveiling of the new GeForce GTX 1080 Ti, it is very likely that the "amazing surprises and the "you won't want to miss this" declarations on the invite are alluding to the much-awaited GPU.

For the Specs of Nvidia GTX 1080 Ti, leaks reveal that it will supposedly have a base clock of 1503MHz (with a boost to 1623MHz) and 3,328 CUDA cores. It's likely that whatever the spec, NVIDIA will be looking to make a 4K resolution at 60fps on a single GTX 1080 Ti a reality, so we can rest assured that this will be a mightily powerful GPU. The card will be able to run the latest and greatest games at 3840 × 2160 (4K) resolutions at a rock-steady 60fps on a single card is a very exciting prospect.

Similar to what NVIDIA has planned, AMD also scheduled an even at the GDC. It was reported by Auto World News that the Capsaicin & Cream Event will live stream at the GDC on the 28th of this month. However several sources believe that Ryzen will likely launch on that day and Vega will also launch as well.

While there is no mention for the AMD Vega in the company's press release, last year's event saw the unveiling of AMD's last GPU. So it is speculated that the Vega will also play a role at this year's event.

While there is no official word from either company about the "surprises" they will give us, it seems very likely that the new GPU's from both Nvidia and AMD will be launched in the event. The price of Nvidia GTX 1080 Ti is rumored to be between $600 and $1,200, as this will be the budget card with the awesome specs. 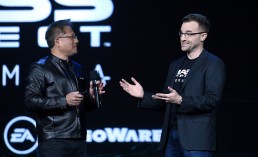 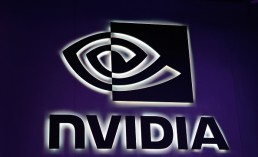 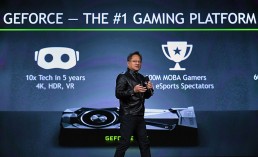