"Teen Wolf" Season 6 is just 10 episodes away from its finale and it seems that the remaining chapters will deliver intense scenes to its avid viewers. As a matter of fact, Tyler Hoechlin, Crystal Reed, and Colton Haynes might return to the show while Scott is expected to turn into a wolf man.

According to Cartermatt, the "Teen Wolf" avid viewers have already revealed the characters they wanted to see in the season finale. The fans have chosen to include Derek Hale (Tyler Hoechlin), Allison Argent (Crystal Reed) and Jackson Whittemore (Colton Haynes). Nevertheless, there is a huge probability that the remaining episode of "Teen Wolf" Season 6 will feature the return of Hoechlin, taking into considerations of his history on the TV Series. Aside from that, when compared to other characters, Hoechlin is still alive. Meanwhile, it was also worth mentioning that Haynes' return might be less probable to happen since he had left the series for a while now.

Furthermore, Korea Portal has learned that another part of the forthcoming second half of "Teen Wolf" season 6 is the advent of Scott and Malia journey into adulthood, out of Beacon Hills. Additionally, impending episodes will most likely show Scott's transformation from being a teen wolf into a man-wolf.

It was also pointed out that Scott has already chosen someone to replace him as the potential new Alpha in their pack. Accordingly, Scott's departure from the town will leave him in confusion and misperception as he continues to flip new chapters of his life. There is also a potential new love interest that may come in his way as the "Teen Wolf" Season 6 approaches its finale.

As of the moment, MTV hasn't announced the premiere schedule of "Teen Wolf" season 6 next episode. Nevertheless, the network formerly revealed that the final season still has ten more episodes that the audiences will surely enjoy. 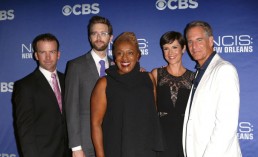 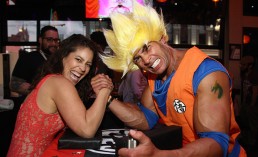