The Oscar winner for Best Picture is often subject to intense scrutiny from movie buffs, but what's your favorite choice the Academy made over the past 10 years?

Moonlight became the 89th Best Picture winner Sunday night (well, 90th if you count the two minutes where La La Land mistakenly won). The small indie drama about a black boy from Miami growing up and discovering his sexuality is one of the most unique films to win Best Picture over the years, and the bizarre manner in which it won will certainly make it a memorable victory.

Best Picture winners are typically more divisive among serious moviegoers than Moonlight, which appeared at no. 1 on more top 10 critics lists than any other movie in 2016. The only other Best Picture winner to accomplish this feat in recent years is 2013's 12 Years a Slave, according to data complied by CriticsTop10.com (In the 2000s, No Country for Old Men and The Hurt Locker also accomplished this in 2007 and 2009, respectively).

Most of the Best Picture winners in the 2010s have centered on Hollywood or media in general, including 2011's The Artist, about a silent film star coping with the arrival of "talkies", 2012's Argo, where Hollywood helps solve the Iran hostage crisis, 2014's Birdman, about a former superhero star who wants to be taken more seriously, and 2015's Spotlight, in which a team of journalists at The Boston Globe expose child sex abuse in the Catholic Church. Heck, even 2010's The King's Speech could be attributed to the craft of performing, telling the story of King George VI and his struggle to overcome his stammer and deliver a speech.

This trend is perhaps why La La Land was widely predicted to win Best Picture this year. The film is literally about Hollywood and the magic of chasing your dreams, paying homage to classic MGM musicals of the past. On top of being perfectly suited to Academy members' sensibilities, the film has grossed over $140 million in the U.S. and received a record-tying 14 nominations. It still walked away with six Oscars, the most of the night, but the evening certainly didn't end as expected for most viewers.

Ultimately, it's hard to argue that Moonlight benefits from its surprise victory more than La La Land would. As the lowest grossing Best Picture nominee this year, many Oscar-obsessed moviegoers will flock to watch what was voted the best film of the year, giving it a well-deserved boost in visibility. 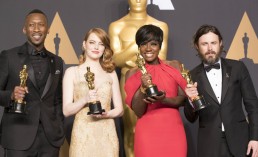 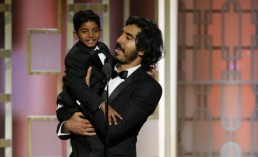 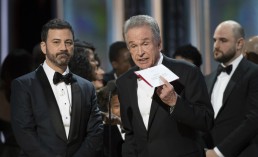