There was a major Best Picture mixup at the Oscars Sunday night, resulting in one of the most cringeworthy and dramatic live moments in award show history.

Warren Beatty and Faye Dunaway presented the final award at the Oscars last night: Best Picture. Beatty looked at the result inquisitively and handed it off to Dunaway, who triumphantly announced La La Land as the winner. But La La Land was not in fact the winner.

By the time the cast and crew of La La Land made it up on stage and started delivering speeches, a stagehand rushed out to inform them that they were not the winners. As his fellow La La Land producers gave speeches, Jordan Horowitz heard the news and interrupted, stating, "There's a mistake," as chaos ensued behind him.

"'Moonlight', you guys won Best Picture," Horowitz stated to the Moonlight producers seated in the audience. His fellow producers confirmed that this was not a joke, and Horowitz took the card and showed it to the camera, clearing stating that Moonlight had won. Moonlight director Barry Jenkins and his cast and producers then went up on stage in a state of shock and accepted the award.

So what exactly happened in this colossal screw-up? As it turns out, Beatty had been given the wrong envelope. He was given the envelope for Best Actress in a Leading Role, which revealed Emma Stone's victory for La La Land. As Beatty explained onstage, this is why he was confused and handed it to Dunaway, who clearly only read the "La La Land" portion of the result.

Yet, Beatty and Dunaway aren't exactly at fault here. Only a handful of accountants at PricewaterhouseCoopers know the winners and they are responsible for handing out the envelopes to the presenters

"We sincerely apologize to 'Moonlight', 'La La Land', Warren Beatty, Faye Dunaway, and Oscar viewers for the error that was made during the award announcement for best picture," said PricewaterhouseCoopers in a statement. "The presenters had mistakenly been given the wrong category envelope and when discovered, was immediately corrected. We are currently investigating how this could have happened, and deeply regret that this occurred. We appreciate the grace with which the nominees, the Academy, ABC, and Jimmy Kimmel handled the situation."

Meanwhile, Stone said backstage that she held on to her envelope revealing her to be the winner of Best Actress the whole time. However, PricewaterhouseCoopers has matching envelopes on both sides of the stage, which explains how the mix-up happened.

The incident has since been branded as #EnvelopeGate on Twitter. 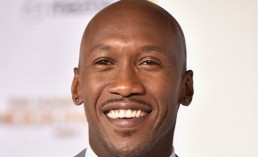 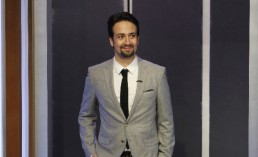 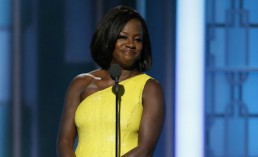