The avid patrons of Microsoft Corporation have been quite disappointed as they weren't able to hear about the Microsoft Surface Pro 5 during the Mobile World Congress (MWC) 2017. But then, rumors continue to arise and now reports suggest that the much-awaited hybrid device will be launched in Spring along with the Windows 10 Creator's Update.

According to PC Advisor, Microsoft Corporation patrons have been expecting to see the Microsoft Surface Pro 5 during the MWC 2017 event. But then the Redmond-based tech giant appears to keep the hybrid laptop a little bit more as it didn't reveal any details about the device. There have been talks stating that the reason why Microsoft deferred the Surface Pro 5's release date was due to the high competition during CES.

Moreover, Microsoft is expected to confirm the launch date of Microsoft Pro 5 but then speculations are high that it might happen in an April event as it is a somewhat the best opportunity. It was also noted that the event was already fully booked and the entire limelight might focus on Microsoft's Windows 10 Creator's Update and Surface Pro 5 device. With this strategy, the company will be capable of enjoying all eyes and ears of the media.

Furthermore, News4c has learned that Toby Fitch who is a product designed for Microsoft has erroneously posted on his LinkedIn account that he worked on Microsoft Surface Pro 5. But then, it was worth mentioning that once the news was publicized, Fitch hastily edited his post. As a matter of fact, he even deleted the part which indicated that he worked on Surface Pro 5's design. If the hybrid laptop has already been entirely designed, it may indicate that Microsoft is just adding finishing touches and that the much-awaited device might make its first appearance in April.

Until now, Microsoft hasn't uttered any word yet about the Microsoft Surface Pro 5. But then, the fans of the Redmond-based company could hope that the hybrid laptop will be launched along with Windows 10 Creator's Update. 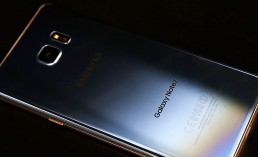 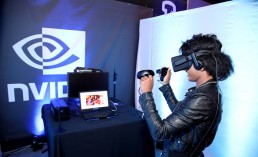