Lee Dong Wook and Gong Yoo surprised their fans with an unexpected bromance and chemistry in "Goblin: The Great And Lonely God." The popular Korean drama from TvN was a big success not only in Korean but in other countries as well.

"Goblin" aired its last episode on Jan. 21, 2017 but the fans seem to have a hard time moving on from Kim Shin and Grim Reaper/Wang Yeo, played by Gong Yoo and Lee Dong Wook. According to reports, Lee Dong Wook and Gong Yoo are reportedly scheduled to have a meet and greet for their fans in selected Asian countries.

According to reports, Lee Dong Wook's fan meet around Asia will kickstart on Apr. 3 in Taipei. Meanwhile, Gong Yoo will reportedly begin his fan meet for 2017 on Apr. 29 also in Taipei. With the similarity in location and the schedule of the "Goblin" stars only a couple of weeks apart, the fans are wondering if there could be any chance that Lee Dong Wook and Gong Yoo might have a fan meet together.

According to All Kpop, there have been reports circulating on the internet that Lee Dong Wook's upcoming fan meet will reportedly feature fellow "Goblin" star, Gong Yoo, Jo Se Ho and SISTAR's Soyu. King Kong Entertainment, Lee Dong Wok's management, has reportedly confirmed that Soyu and Jo Se Ho will be guests in the "My Girl" actor's fan meet for 2017. However, Gong Yoo's attendance in Lee Dong Wook's upcoming fan meet remains to be confirmed.

Meanwhile, Lee Dong Wook opened a Navar V Live Channel, which is reportedly a prelude to his Asian fan convention. According to Soompi, King Kong Entertainment is also planning to release snippets of the "Goblin" actor's fan meet in other Asian countries in the V Live Channel. 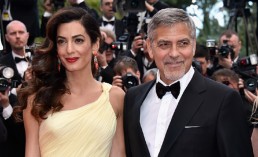 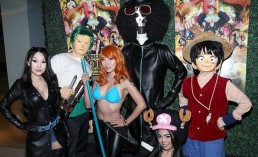 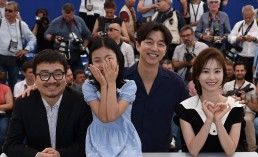