Nintendo patrons who wanted Nintendo Switch on their hand can now place pre-orders at GameStop. The hybrid console is now offered at $510 and $600 bundles with a guaranteed delivery date not later than April 16.

According to Forbes, the Nintendo Switch is almost sold out on every retailer. But then, there are still few sellers with little accessible units with marked up price above the MSRP on eBay and from scalpers on Amazon. This basically means that Nintendo Switch hunters have to be watchful for the return of the Nintendo's hybrid console to retail stores.

But then, good news has arrived as video game retailer GameStop proclaimed that a limited number of Nintendo Switch bundles will be offered for pre-order. If a consumer has placed his order GameStop has guaranteed a delivery date no later than Easter Sunday, April 16.

Furthermore, GameSpot has learned that the Nintendo Switch Starter bundle which costs $510 comes with the console, a copy of "Zelda: Breath of the Wild" and the video game's expansion pass and a copy of "Super Bomberman R." Aside from that, the first bundle will also deliver the consumers a gray Joy-Con.

On the other hand, the $600 Starter Bundle Two will be comprised of "Breath of the Wild," as well as its extension pass and scheme guide and a copy of "Just Dance 2017," "Snipperclips: Cut it out, Together!." Aside from the video games, the second bundle also offers accessories like 64 GB SanDisk microSD card, a Nyko power kit, a Joy-Con charging dock, and a hybrid cover and case.

In a separate report, it was mentioned that GameStop is giving its avid fans a store credit which is up to $125 when they trade in a Nintendo 3DS or Wii U. They can apply it toward the acquisition of a Nintendo Switch and this offer is up until March 19.

Moreover, the buyers of Nintendo Switch will have to bear in mind that the systems are available to pre-buy in-store. Meanwhile, the $600 bundle is only accessible through GameStop's website. 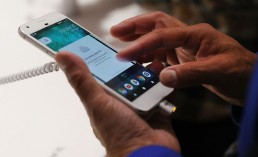 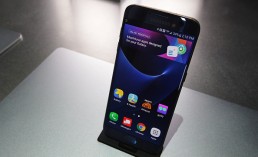