As "Rouge One: A Star Wars Story" is about to be out in Blu-ray on April 4, the Animation Supervisor Hal T. Hickel of the film talked about the possible return of K-2SO. The latest droid, which is considered of the greatest one, from the movie franchise might be once again seen in the future "Star Wars" films.

Aside from "Rouge One: A Star Wars Story," Hickel has also involved in other "Star Wars" movies like "The Phantom Menace" and "Attack of the Clones." He, too, is one of the most important minds behind K-2SO, CraveOnline reported.

"Star Wars" has introduced a variety of droids from the very start, but K-2SO from "Rogue One: A Star Wars Story" is quite different. In an interview with the publication, Alan Tudyk also discussed the big possibility of his character's return.

Although K-2SO has been killed in "Rouge One: A Star Wars Story," the 46-year-old actor believed that it is not the end of his alter ego. Hickel, on the other hand, said that he is more "in touch with the people" who brings on the idea of his return, according to The List.

"I would love to see that, because I love the character, I love being a part of bringing a new Star Wars droid into the 'Star Wars' Universe," Hickel explained. He even contradicted Tudyk who joked that it might never going to happen after "Rouge One: A Star Wars Story," by saying that there are ways K-2SO will get resurrected.

Hickel went on to say that he hasn't had an official answer yet if K-2SO will surely be back after his death in "Rouge One: A Star Wars Story," but he loves the idea. He even gave an example that the droid might extract information from other droids, downloading it into its head that will be a possible idea for its return.

He also added that after "Rouge One: A Star Wars Story," the backstory of the Rebel alliance is still in development, thus they can include K-2SO here. "And that should totally criss-cross with Rebels so that would be great," he continued. 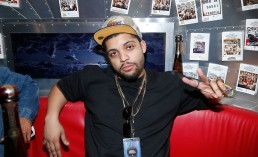 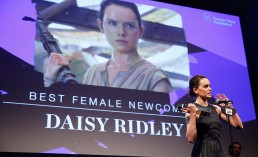 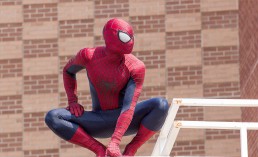