It has been reported before that the "Final Fantasy 15" will be having a mobile version. Dubbed as "Final Fantasy XV: A New Empire," the said video game for mobile smartphones has been soft launched in Oceana regions like New Zealand and Australia.

According to Ubergizmo, Square Enix previously proclaimed that its hit game "Final Fantasy 15" will be having a mobile MMORPG equivalent. The video game developer even elaborated that this version for smartphones will be developed by Machine Zone, the creator that is well-known for "Mobile Strike".

During that time Square Enix did not reveal when it will be released, but it appears that it might become available as soon as "Final Fantasy 15: A New Empire" has been soft released in New Zealand through the iTunes App Store. Now, the said apps naturally soft launched in the country along with Australia and it is safe to assume that this could be a sign that the official debut could be coming soon.

In separated new, Gematsu as learned that the "Final Fantasy 15" art director has stepped down from Square Enix. This news came out as he announced through Twitter his resignation to the company. Based on his tweet, Kamikokuryo defined working for Square Enix as a superb involvement starting from the time he began sketching on some ideas for "Final Fantasy 10" until his last project for the game developer which is "Final Fantasy 15." The art director further expressed his appreciation towards the company for such a chance and for letting his talent be known.

In another post of the "Final Fantasy 15" art director he even highlighted that he still feels uncertain about his decision. Nevertheless, he also expressed that he wants to draw something new while reviving his writing skimp and diction work as a freelancer. Furthermore, he thanked all the staff and his co-workers for a long time.

With the "Final Fantasy 15: A New Empire" already had a soft launch in Oceana Region like New Zealand and Australia, it appears that the mobile version release is just around the corner. Moreover, it is advised for the fans of Square Enix to keep an eye for further details. 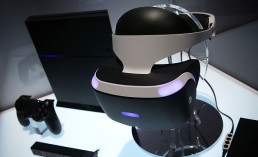 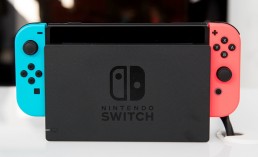 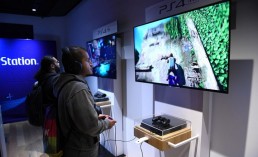 PlayStation Plus Free Games For April 2017 Now Revealed; 'Drawn To Death,' 'Lovers In A Dangerous Spacetime' Included In Roster [VIDEO]