It has been a long while since Kourtney Kardashian and Scott Disick split, but they are often seen together with their kids. As the ex-couple is trying their best to do co- parenting, some say that they are now trying to fix their broken romance. In fact, the "Keeping Up with the Kardashians" stars are, once again, spotted enjoying a vacation in Hawaii over the weekend.

Kourtney and Scott are together with their three children; Mason, Penelope and Reign, Comic Book reported. The family is enjoying the cold drops of Oahu's waterfall as the 37-year-old star catches the attention of everyone.

While Scott is looking after their two-year-old child, Reign, all eyes are looking to Kourtney. The television personality is sporting a very seductive white one-piece swimsuit with a thong back. She is evidently enjoying the water while displaying her perfect curves.

Kourtney has even seen all smiles while playing with her kids, Mason and Penelope, on the water while Scott is on the rocks with Reign. "Kourtney was having a great time and was laughing as she jumped into the water which is actually really cold," an onlooker noticed, per Daily Mail Online.

As Scott and Kourtney are often seen together with their kids, there are surfacing reports that they are about to rekindle their romance. But, a source said that the socialite is happy being single for now by giving all her time and effort to her kids than to a significant other.

"Kourtney and Scott are not back together or even at the point of trying to make things work," the insider explained. The businesswoman has no interest to be in a relationship with anyone as she has a good relationship with her ex for the sake of their children. Hence, the two are just being civil and good friends to co-parent their kids.

© 2021 ENSTARS, All rights reserved. Do not reproduce without permission.
TAGSkourtney kardashian scott disick Keeping Up With The Kardashians
SEE COMMENT
CLOSE COMMENT 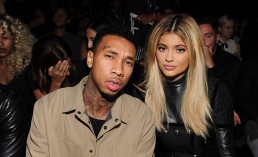 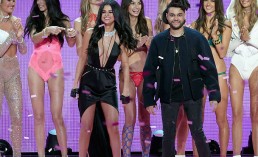