According to the press release that Forza community manager, Brian Ekberg, posted on Wednesday, fans can expect the "Forza Horizon 3 - Hot Wheels" expansion to become available on May 9 for the Xbox One and Windows PC platforms. A special world debut live stream for the downloadable content is also set to happen a day before its release date.

"Forza Horizon 3 - Hot Wheels" DLC will come out free for those who already purchased the expansion pass. However, fans who don't have it can still purchase the expansion separately for $19.99. Watch the official release trailer below, as posted by Microsoft on its Xbox YouTube channel.

Meanwhile, a new patch is scheduled to come out for "Forza Horizon 3" alongside the upcoming expansion. According to Microsoft, it will include significant improvements for Windows 10 players like improved CPU performance, additional graphics option and support for popular driving wheels. More details about the matter will be posted on May 9. 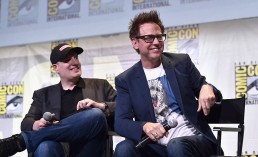