While ABC’s Grey’s Anatomy cast member Jesse Williams has made it clear his marriage didn’t fall at the hands of a co-star, there are still reports swirling that he and the alleged woman, actress Minka Kelly, are in fact an item.

“They’re having a good time together,” an insider told People magazine of Kelly and Williams on Tuesday.

The confirmation is after Williams filed for divorce from his wife, Aryn Drake-Lee. He opened up about their custody battle in court and said she was keeping their two children from him.

Interestingly enough, he got even more candid on Jay-Z’s 4:44 visual project that was released earlier this week.

“I was in a relationship 13 years, 13 real years, not 5 years, not 7 years — 13 years,” he began. “All of a sudden [people] are writing think-pieces that I somehow threw a 13-year relationship. Like, the most painful experience I’ve had in my life with a person I’ve loved with all of my heart — that I threw that person and my family in the trash because a girl I work with his cute.”

Kelly hasn’t directly spoken about rumors concerning her relationship with Williams. Although, she did open up about what she thinks about rumors in the media as she spoke on her speculated romantic past with actor Wilmer Valderrama.

“He’s not my ex,” she said last fall. “We are good friends, and we have always been. It’s funny, this whole ‘back with my ex’ thing. We’re not exes! It sucks when stories that aren’t true are made up, you know? Look, if it’s true and it’s out, then it’s true and it’s out. When it’s not true and it’s out is when it’s really frustrating. You just have to find the comedy in all of it.” 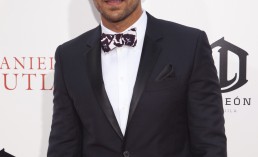 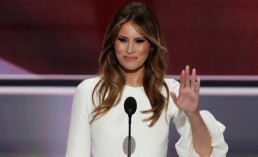