According to a new report, Krakowski appeared on Andy Cohen's Sirius XM radio show earlier this week and admitted that she was completely caught off guard when De Lesseps announced she and Tom D'Agostino were parting ways with a message to fans on Twitter earlier this month.

"Are you joking me? How did the marriage last so long?" Krakowski asked, according to a report by The Daily Dish on August 15.

The Real Housewives of New York City star tied the knot with D'Agostino in December of last year after facing months of rumors regarding his alleged cheating. Then, in early August, weeks after rumors began swirling once again, De Lesseps confirmed her marriage had come to an end.

It's with great sadness that Tom & I agreed to divorce. We care for each other very much, hope you respect our privacy during this sad time!

Thank you for the generous expression of warmth, kindness and understanding. Your support and encouragement helps me to get through — Luann de Lesseps (@CountessLuann) August 4, 2017

"It was in the teaser trailer for the [Season 9] reunion and I thought 'You're just misleading me. That you're just teasing me to watch,'" Krakowski said about De Lessep's comments about her marriage trouble.

"I am saddened and shocked because we're all hoping for the best, even though there were warning signs," she said.

To see more of LuAnn De Lesseps and her co-stars, including Ramona Singer, Sonja Morgan, Bethenny Frankel, Dorinda Medley, and Tinsley Mortimer, tune into the Real Housewives of New York City reunion special tonight at 9 p.m. on Bravo TV and check out the sneak peek below. 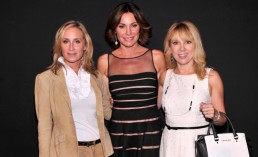 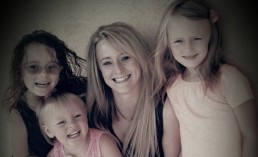