It has been a while since NBA fans waited for the final decision with regards to the blockbuster trade between the Boston Celtics and the Cleveland Cavaliers. In its latest update, the said trade involving Kyrie Irving and Isaiah Thomas is back on and the Celtics just agreed to give up the second draft in order to compensate for Thomas' injured hip.

In the said trade, it was added by Business Insider that the Boston Celtics has agreed to give up a 2020 second-round draft pick to complete the trade. However, some reports were telling that the Cavaliers were determined to get the Celtics' second first-round pick in the trade. This followed with the request of the Cavs to ask for either Jaylen Brown or Jayson Tatum who are both the third picks in the 2016 ban 2017 NBA drafts.

With this, latest reports likewise confirmed that the Cavs and the Celtic were both facing a 10 a.m. deadline to finalize the deal. Previous reports suggested that the Cavs were seeking extra pay in the trade since they felt the Celtics undersold the importance of the hip injury of Thomas most especially with the amount of the next season he will miss.

It can be recalled that last March during the regular season, Thomas injured his hip which made him miss two games. Then during the Eastern Conference semifinals against the Cavaliers, he reinjured his hip causing him to miss the final three games.

In the original trade deal, NBA reported that the Cavaliers agreed to send Irving to the Celtics but apart from Thomas, they will also take Jae Crowder, rookie center Ante Zizic, and also the first round draft pick in 2018 of the Brooklyn Nets. With regards to the hip injury of Thomas, Celtics General Manager Danny Ainge gave an update and shared that this was still an issue for Thomas. As A result, he will surely miss the start of the season.

However, even if he can't play during the start of the season, Ainge assured that Thomas should be fine at some point in the course of the season as they chose against a surgery on the hip. Thomas even said that he would be fine as he guaranteed his fans to return to be the same player again. 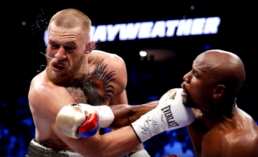 Irving-Thomas Trade Deal Not Yet Finalized: Cavs Might Ask For Extra ‘Asset’ Before Deciding