Divorce rumors for singer and reality star Tamar Braxton and her husband, super manager Vincent Herbert, have been swirling for years now. In the latest development, Herbert spoke out about the rumors, while Braxton possibly confirmed there is trouble in paradise.

The newest round of the divorce rumor mill sparked after Herbert was involved in a car accident and Braxton was nowhere to be found. Fans speculated that Braxton didn’t care about Herbert’s well-being.

Hip Hollywood caught up with Herbert Tuesday and he set the record straight.

He said the reason Braxton wasn’t there when he got into the accident in the Calabasas neighborhood is because the two were in Atlanta and he left a day early. His wife stayed in Atlanta for an appearance. Herbert revealed Braxton jetted to Los Angeles as soon as she got word of the messy crash and made it before he was released from the hospital.

He added that he is extremely “upset about the lies claiming [Tamar] doesn’t care about me. That’s my wife. I’m really sick of the lies. Sick of all the blogs.”

He did give an update on his recovery and said he’s “in a lot of pain,” however he’s still “doing well.”

Meanwhile, Braxton made a compelling and telling statement of her own. Interestingly enough, she seemed to sing a different tune than the one Hebert gave the publication. Braxton took to Instagram Live in late August to let her viewers know she would never be with someone who treats her badly. She didn’t name the person she was referring to, which only left the doors open for rumors and speculation that she was talking about Herbert. She followed it up with a cryptic message on Instagram.

“I am slowly learning that some people are not good for me, no matter how much I love them.”

She added the caption, “Preserve your PEACE!! It’s yours! The world didn’t give it to you…but if you let them… they can sure take it! Take it back!”

Preserve your PEACE!! It is yours! The world didn't give it to you...but if you let them... they can sure take it! Take it back!

Braxton and Herbert have a child, Logan, together. The two have consistently been a united front despite speculation and rumors of divorce that have been brewing since they put their lives on reality television via WeTV’s Braxton Family Values and Tamar & Vince.

Only time will tell if Braxton was referring to her husband in the messages. 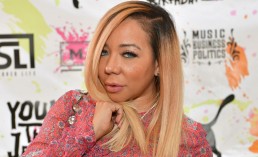 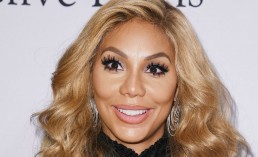