Katie Holmes is distressed of the fact that ex-husband, Tom Cruise has been ignoring her persistent attempt to reunite their daughter, Suri with him.

The situation is disheartening that Cruise has not seen his eleven- year old daughter, Suri in four years. In this regard, Holmes has been reaching out to the 55- year old star by making calls constantly to fix the father-daughter relationship as she feels that Cruise plays a big part in their daughter's life, according to a report by InTouch Weekly.

Tom and Suri's previous public outing, a mini-golf playdate in Lake Placid, N.Y., took place 1,465 days ago. "She has reached out...in the hopes of opening a dialogue about resuming contact with Suri," a source tells In Touch Weekly.

"She truly wants Tom to be a part of Suri's life. It has been radio silence from Tom and his family. She's been shut out. Nobody knows why he hasn't spoken to her about Suri. It's frustrating. Katie doesn't want her divorce from Tom and the issues they had to impact Suri. That isn't fair. Katie would like to at least have a conversation with Tom. Tom is Suri's father and she wants them to have a relationship." further reported In Touch Weekly.

InTouch Weekly also reported that Cruise has repeatedly ignored the questions regarding this issue, whenever at a public gathering or his project promotions. He is more deeply devoted to Scientology after selling his Beverly Mansion for a reported $40 million in 2016. He is living in Clearwater, Fl where Scientology has its headquarters.

This is a very sensitive issue for Suri, as she must be missing her father a lot. Holmes, 38 although her continues attempts  feels that if ex-husband Tom cruise continues to ignore her plea, she would definitely give up as she thinks that her Oscar-winner boyfriend Jamie Foxx is a good role model for her daughter just by looking at how devoted Foxx is to his two daughters and also Suri, reported Hollywood Life. She also believes that Foxx will give importance and take care of her daughter in future also. 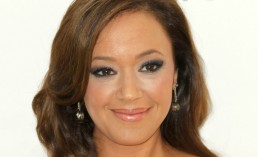