Katie Holmes has allegedly been betrayed by her boyfriend, Jamie Foxx, who supposedly turned his back on a sick family member.

According to a new report, Holmes and Foxx's previously secretive relationship reportedly allowed the actor and singer to hid the fact that he allegedly turned his back on his family, specifically his aunt, Veronica Fannin.

As a new report reveals, Fannin is struggling to raise $5,000 for her 20-something grandson, Jeffrey Todd Gilmore Jr., after the he broke his neck and spine after being ejected from a car.

“We’ve been reaching out to Jamie since December through his stepdad and other family members, but we’ve heard nothing. Jamie KNOWS J.J. … but fame changes people,” a frustrated Veronica told Radar Online on September 21. “I am angry. I wish he would help out."

The report went on to reveal that Holmes was also feeling betrayed by Foxx's allegedly womanizing ways.

As fans will recall, Foxx fathered his 23-year-old daughtere Corinne with his ex, Connie Kline, and also shares an eight-year-old daughter, Annalise, from a previous relationship. Meanwhile, Holmes shares 11-year-old daughter Suri with ex-husband Tom Cruise but has been seemingly raising the child alone in the years since their 2012 split.

Holmes and Foxx were linked romantically for the first time in 2013 as they enjoyed one another's company during a charity event in The Hamptons. However, after rumors began swirling in regard to a romance, Foxx denied they were dating.

While both Holmes and Foxx stayed silent in regard to a potential romance for years, they chose to debut their relationship earlier this month during a beach outing in Malibu, California, where they were seen walking along the water hand-in-hand.

For more of Holmes and Foxx's romance, check out the video below. 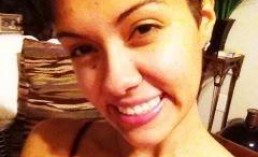