It seems like actress Katie Holmes is a bit too exhausted these days. Recently she was spotted catching a sleep in a crowded R train during rush hour in Manhattan. Well, it is quite a rare sight as she has been always overprotected and leading an overly flamboyant lifestyle back in the days when she was married to Tom Cruise. Maybe she wanted to take a break and travel with the regular public. According to a report by Metro, she is believed to have been heading home to her upscale apartment and before the train ride, she was seen shopping at A.P.C.

This was not the first time that Holmes was seen taking a ride on the train but earlier also she was spotted with her daughter Suri when she was six. The two were seen riding the underground transit system and mom was blowing kisses to her daughter which was quite an adorable sight. Holmes used to be a regular with the subway when she used to live in the Big Apple for her Broadway show "Dead Accounts."

Holmes is allegedly having an affair with actor-producer Jamie Foxx and the two are reportedly quite close. They have been spotted together on several occasions and not just that but Foxx and Suri have also started bonding really well.The couple was linked at a charity event in 2013 after Holmes separated from Tom Cruise. The duo have taken trips together to Mexico and Miami. Holmes has also visited Foxx in his film set in Paris. According to sources, the duo spend a lot of time together in each other's homes and they apparently love each other's company a lot. The source added, "Katie often picks up groceries and Jamie brings over dessert."

Earlier there were reports that Holmes was quite unhappy with the behavior of her ex Cruise as he hardly has time for their daughter Suri, who is 11 years old now. Cruise has been so busy with his life and work that he has not met Suri for four years as per reports. An insider had said that someday down the line he might reunite with his daughter but as of now he is totally involved in his movies, Scientology and a handful of friends. 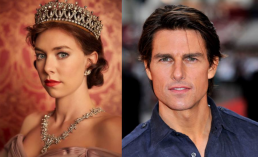 Tom Cruise Ready For Wedding No 4? 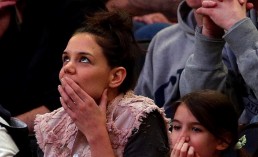