A former X Factor star has turned the tables and called out singer Rihanna for physically abusing Chris Brown despite the infamous incident in which Brown attacked Rihanna back in February 2009.

This is still a topic of conversation despite Rihanna and Brown being able to move past their drama. But Stacy Francis said she’s sure it was all Rihanna’s fault to begin with. And her moment of reckoning came after watching Brown’s new documentary on Netflix.

“LET’S GET THIS STRAIGHT FINALLY! RIHANNA WAS BEATING UP CHRIS BROWN!” she wrote earlier this week. “Watching Chris Brown: Welcome to my life documentary on Netflix. And I am so blown away by his talent. I remember the night I heard about the fight with Chris and Rihanna. I was at the home of a very famous entertainment attorney in Los Angeles whose phone started ringing and the hysteria began. It was being reported that Chris and Rihanna were in the car and got into a huge fight.”

She went on to say that Rihanna was to blame for the incident.

“NOW WHAT HAD NOT BEEN REPORTED WAS!!! Rihanna had hit him and kicked him and thrown his phone out of the window in a jelaous rage. We were told by an agent at CAA that he was being kicked by her and she scratched him and punched him in the face… and he retaliated. The next day it was all over the news that Chris had beat up Rihanna. It was never reported that she hit him. In several beatings by Rihanna. Chris never spoke of it. Until now in this documentary.”

She continued and said Brown was scrutinized in the public while staying quiet about what possibly really happened.

“I watched the public call for his career to be over. Never hearing the sides of both parties. I will never defend Chris for hitting her. But it’s disgusting how the public will hang someone out to dry and to death without knowing all the facts. Rihanna never ever publicly took any responsibility for hitting Chris. She never said I am sorry. She just played the victim.”

She added that she’s not the only one who believes this.

“The insiders in the industry knew the truth,” she wrote. “They knew all the facts. If you are wondering why and how Chris still has a career. If you are wondering why he is able to still have a platform its because the powers that be knew the truth. And because he is super talented! This was a 17 year old boy with a father who abused his mother. In the car with a young woman who also had an awful temper. And the public was actually on a witch hunt and didn’t know it. I love Chris Brown. It’s disgusting how people in the industry keep secrets…smh.. Watch his documentary on Netflix. Wake up to the lies and embellishment of the media.”

She also tweeted that she is urging Rihanna to admit her alleged wrongdoing in public.

LOVE THAT THE TRUTH FINALLY CAME TO LIGHT! I love you so much @chrisbrown ! So proud of you. You are the best and we know it. #superstar https://t.co/u2NWzFtVd5

I love u @chrisbrown. I remember the nite of the fight w/Rihanna. I still am waitin for her 2 publicly apologize to u. smh We knew the truth — Stacy Francis (@stacyfrancis) October 15, 2017

Check out part one of the documentary below and be sure to keep up with Enstars for the latest. 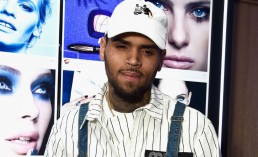 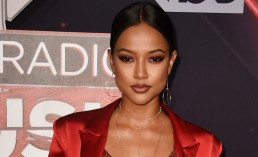