Selena Gomez has learned to value relationships after her kidney transplant. While she happened to meet her with ex-flame Justin Beiber recently she also managed to strike a pose in reconciliation with friend Demi Lovato at the InStyle Awards in LA on Monday.

Gomez, after having recovered dire complications from the Lupus disease has shifted focus on mending her relationships. On Sunday, the 25-year-old singer and actress started to get in touch with Bieber to patch things up with him. The very next day, she also got past the negativeness with her co-star Demi Lovato. Fans awed when they saw Gomez and Lovato posed together at the Instyle award.

Reunions and repairing friendships define Selena at the moment. A close source told the HollywoodLife Magazine on Tuesday that she realized life is too short for negative feelings.

"Selena realized life is fragile after her medical scare and that she shouldn't take anything for granted. It improved her relationship with The Weeknd and it also made her realize she should patch up relationships with those that have been important to her in the past," the source stated.

Bieber was also seen entering her home in Los Angeles, Studio City, on Oct. 22. He dropped in 10 minutes ahead of Gomez's arrival and was seen getting off a white G-Wagon. In fact, her current boyfriend The Weekend, knew about their reunions, according to TMZ.

Gomez and Lovato are back to being friends as they took to social media platforms praising each other over an image of them together.

Selena & Demi at the InStyle Awards!

Gomez had also shown her love for Demi commenting on her recent documentary "Simply Complicated."

This was beautiful. I'm so happy for you. You always continue to [be] bold and real. I wish more people were like you. Love you." she wrote

Selena commented on Demi’s post #delena A post shared by Selena Gomez Updates (@gomezupdates) on Oct 18, 2017 at 4:59am PDT

Note Demi's tweet from 2009 which shows her admiration for Gomez when she said nothing or no one could change their friendship.

@selenagomez No matter what we go through, and no matter where we are, nothing and no one can change our friendship. I love you too. :) — Demi Lovato (@ddlovato) May 23, 2009 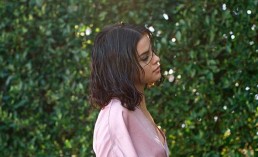 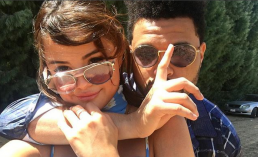 Selena Gomez And The Weeknd Laugh Away On Jurassic Park Ride 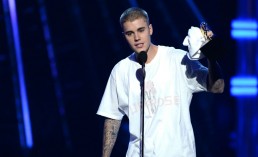