Miranda Lambert is allegedly sabotaging the romance between Blake Shelton and Gwen Stefani — completely unbenownst to her.

According to a new report, the country singer is reportedly coming in between Shelton and Stefani because the heartbreak from their 2015 isn't something he has gotten over. In fact, an insider has said that Shelton is unable to move forward with an engagement and marriage to Stefani because of his devastating divorce years ago.

“Blake had hoped that time would ease the pain of the divorce and the betrayal he felt, but sadly, it just hasn’t,” an insider revealed to Life & Style magazine on Nov. 1. “To this day, Blake believes Miranda cheated on him. It just wounded his soul.”

Although Shelton and Stefani are reportedly completely in love with one another, Shelton's heartbreak is allegedly delaying their potential marriage plans and the insider said he's admitting to his ongoing devastation.

“Blake has been honest with [Gwen] lately about not being ready to tie the knot,” the source said.

Shelton parted ways in July 2015 after just four years of marriage and, at the time, rumors swirled that it was Lambert's refusal to have children that led the couple to part ways. Weeks later, Stefani and her former husband Gavin Rossdale announced their 13-year marriage had ended and months after that, a Us Weekly report claimed Rossdale had been caught having a years-long affair with their ex-nanny, Mindy Mann.

According to the Life & Style report, Stefani also has trust issues and may not be on board with getting married quite yet either.

“Gavin’s betrayal of their marriage vows nearly destroyed her,” said the insider. “Gwen has also realized over time that she doesn’t need to get married again.”

Stefani's ex-husband's alleged affair with Mann overlapped with one of her pregnancies and apparently occurred right under her nose until she discovered evidence of the betrayal on their family's iPad.

Although Shelton and Stefani reportedly have hesitations when it comes to walking down the aisle, the magazine claimed they are not opposed to the idea of starting a family together. In fact, the insider insisted that the couple is committed to having a baby together.

To see more of Blake Shelton, tune into The Voice season 13 on Monday and Tuesday nights at 8 p.m. on NBC. 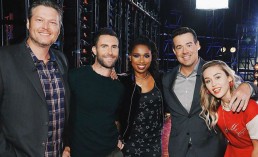 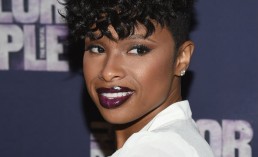