According to the International Federation of Red Cross and Red Crescent Societies, it is outraged after uncovering evidence of fraud carried out during Ebola operations in 2014-2016 in Sierra Leone and Guinea.

The Red Cross played a major role in stopping the Ebola outbreak, providing care and treatment and taking responsibility for burying victims to keep the disease from spreading. This resulted in the prevention of up to 10,500 cases.

As one of the most complex operations accomplished in the recent history of humanitarian aid to deadly outbreaks, the West African Ebola effort saw the IFRC and other organizations rapidly establishing and expanding bases as staff members were sent to affected areas and much-needed supplies were procured.

As the influx of funding could mean vulnerability to corruption and fraud, Transparency Internal voiced its concerns, requesting audit reports which the IFRC provided. During the course of its investigation, however, the latter found evidence of likely collusion between previous IFRC staff and employees from a Sierra Leone bank that caused financial losses of 2.13 million Swiss francs or $2.13 million.

The IFRC is serious about holding those involved in fraud of any form and reclaiming all lost funds so it's working with the Anti-Corruption Commissions in Sierra Leone and Liberia to further its investigation. In Guinea, it is teaming up with the relevant authorities to pursue the best course of legal action.

"IFRC has zero tolerance for fraud and is committed to full transparency and accountability to our partners and the communities we stand with," the organization said in a statement, adding the incident must not tarnish the dedication and courage staff and volunteers in the thousands showed in an effort to curb the crisis in West Africa.

Since 2014, a number of reforms have been implemented by the IFRC to get to the root of the problem and end any form of corruption or fraud while promoting a culture of transparency and enhancing risk management within the organization.

The IFRC ‘triple defense' fraud prevention framework was also set in place to bolster the organization's defenses against corruption and fraud in high-risk conditions. The three lines of defense the framework will be focusing on include internal investigation, compliance, and operations. 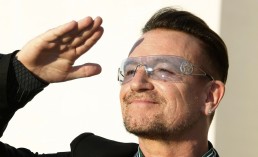 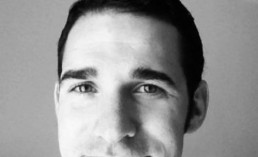 Craig Spencer Fiancee Morgan Dixon: Ebola Survivor Spotted Out With His Future Wife In New York After Being Released From The Hospital [PHOTO, VIDEO] 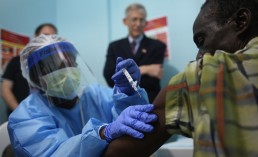