The Gallagher clan continue to turn over a new leaf, somewhat. However, things are still a little 'Shameless', hence the title. Last night's episode, "Where's My Meth", showed some of the Gallagher bunch becoming normal members of society and one our favorite characters, who's fate seemed a little shaky in the first episode, seemingly in the clear!

Let's start off with Frank (William H. Macy)! The unfit father is continuing his path to redemption. After seeking forgiveness from all those who he wronged, the patriarch of this dysfunctional family scored a solid job! Once Frank gave the hiring manager a moving speech of his path to self-realization and being an honest worker, the manager quickly related to Frank and gave him the job right on the spot. Frank then goes to the bank to open an account and also nabs a cellphone. It seems that Frank is slowly but surely becoming a purebred American citizen, at least for these past two episodes.

Fiona (Emmy Rossum) is getting a taste of what it truly means to be a landlord. The eldest daughter is juggling entrepreneurship while also trying to be a passive landlord. Oh, Fiona, if only the world worked that way. The new landlady sympathizes with her tenants who are little past due with rent, since her family has experienced their fair share of the struggle. However, Nessa (Jessica Szohr) reminds Fiona of her position and the tough decisions she has to make. After being made a fool of and having to chase one of her tenants, Fiona lays down the law and serves the same tenant an eviction notice.

Lip (Jeremy Allen White) is still struggling with his sobriety, but he hasn't caved in. Instead, he spends his spare time thinking of ways to get Sierra (Ruby Modine) to see her baby father, Charlie, for who he really is. Lip takes advice from Papa Frank and decides to trap Charlie by delivering his old habits to him. Literally. He orders a pizza with meth on it and has it sent to Charlie's home. Of course, everyone would think that he would take the bait, instead Charlie goes to get help, in the same place that Lip is attending. Lip is so mad or remorseful for what he's done, that he sneaks into Charlie's home and disposes of the drugs. Lip also gets attacked by his vicious guard dog. When Charlie confronts Lip at the diner, Lip was surprised when Charlie thanked him for getting rid of the drugs and even considers him a pal. Charlie obviously doesn't know Lip is the one who tried to set him up. This clearly isn't going to end well for Lip.

Besides Frank, Ian (Cameron Monaghan) is the only Gallagher who is still affected by their mom, Monica, passing away. While everyone else seems to have moved on, the middle Gallagher can't. Probably because he had the most in common with his mother, since they were both bipolar disorder and she did spend time with him at gay clubs. Ian even has a hard time parting with the meth his mom left all of them. His brothers of course chastise him for this and he does end up getting his money for the drugs. He decides to use it in a way to pay tribute to his late mother. Ian gets a tattoo. Sweet right? Well it would be if he had been more specific to the guy who tattooed his back. The man apparently thought Monica was Ian's lover of some sort and put boobs on his back with her name under them. If you thought Ian was having a hard time winning Trevor (Elliot Fletcher) back, what do you think will happen when he sees a pair of breast on his ex-boyfriend's body?

Speaking of breast, last episode our beloved Kev (Steve Howey) was told he had to get surgery to remove a lump in his chest. Kev decides to go to a support group for women who were diagnosed with breast cancer and prepare himself for the reality that he may not survive his procedure. Everyone does their best to keep him in high spirits, Fiona and the gang make him pancakes with boobs on it and of course Veronica (Shanola Hampton) is right by his side, but he still seems grim about is future. After the procedure is done, and he and Veronica sing End of the Road to each other, the doctor informs Kev that the surgery was a success and he does not have cancer! Thank goodness, because what would we do without Kev?

Back to the Gallaghers, Debbie (Emma Kenney), who is still living off of her 'boyfriend' Neil (Zack Pearlman), is enjoying her life to the fullest. She's going out more, making friends, drinking beer, and apparently caught the eye of a creepy but cute hairstylist. The redheaded beauty even makes amends with her daughter's grandmother, kinda. Things appear to be looking up for Debbie, that is until Neil decides to give her the boot, which we all know is coming. If Neil decides to kick Debbie to the curb, will she return home to her family? She and Fiona are on good terms, so who knows?

Last but not least, let's touch on the two youngest Gallagher siblings and boys, Carl (Ethan Cutkosky) and Liam (Christian Isaiah). Carl is busy trying to live the right life but still doing his drug dealing discreetly on the side, while Liam makes a new friend at school. Liam is invited over to his friend's house for a sleep over and is amazed by the life his friend has — his friend is basically rich but with neglectful parents, and has a nanny who is more like his mom. When Liam's friend spends the night at Casa de Gallagher, his friend is equally amazed and intrigued at the chaotic life that Liam lives. Of course, this does not suit well with his friend's mom, who disposes of his clothes before she allows him in the family SUV.

This episode was more entertaining than disruptive as most of the episodes are, but it is nice to get back from the chaos for at least one episode.

What do you think will happen next week?

You can watch Shameless on Showtime at 9 p.m. EST. 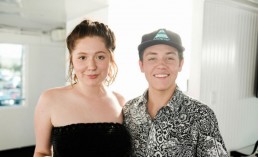 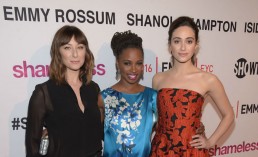 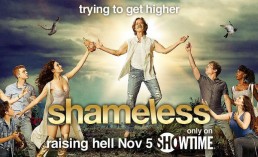