It looks like Kenya Moore has recovered after her breakdown on Bravo’s The Real Housewives of Atlanta earlier this week. Now, the official cast member has gushed about her new husband, Marc Daly, after she broke down in fear of getting a divorce on the television show.

During a clip on the show Sunday, Moore cried to a producer about being worried that she was putting too much on her husband who is not used to the limelight. While Daly reportedly won’t be on the show this season, the couple received lots of scrutiny via Moore’s social media pages, with accusations and questions of why the couple married quickly and if they are actually married at all.

Moore seemed to be in better spirits as she took to her blog on BravoTV's official website and opened up about the status of her new union Tuesday. She didn’t hold back when it came to sharing her regrets of having the emotional moment on television for millions to see.

“I do regret sharing my feelings with someone that isn’t my husband,” wrote Moore. “He just doesn’t deserve my s***. He’s done nothing but love me, so hearing people question his reasons for marrying me was hurtful. As a wife, I’ve had to learn that what is between us is between us. We are in this together, and he has my heart. We fight battles as a team, and together we have to deal with what comes our way. We are one. We solve our problems together and privately.”

Moore went on to say that Daly has no problem confronting anyone who has something negative to say about Moore or his decision to the knot with her. He’s faced accusations that Moore is paying him to be her husband or that they only got married so Moore would have a storyline and keep her on the popular reality show.

Moore confessed that while she was not in marital “bliss” during the taping of the scene (which was just two weeks after the two married in a secret ceremony), she and Daly have come to terms with fixing the dynamics of their marriage when it comes to outsiders, including their own families who were skeptical at first.

“Now that we are married, the issues have all been resolved, and our families are all extremely supportive,” added Moore. “I wish I could say that the naysayers have ceased and desisted with their empty rhetoric and cruel sentiments, but they haven’t.”

Despite that, Moore proudly added that Daly is on her side.

The Real Housewives of Atlanta airs Sundays on Bravo at 8/7c. Be sure to keep up with Enstars for the latest. 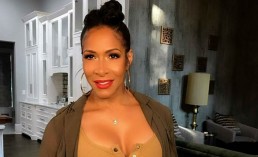 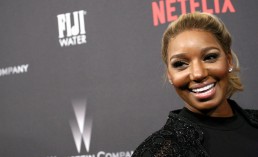 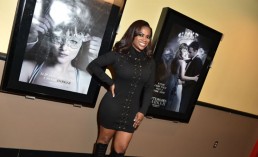