It looks like Jenelle Evans had a Happy Thanksgiving this year. Unfortunately, the Teen Mom 2 star may have been forced to celebrate the holiday without her oldest son.

The longtime reality star posted a family photo on Thursday that featured her two youngest children, 3-year-old Kaiser and 10-month-old Ensley, her husband David Eason, as well as Eason's oldest daughter, Maryssa. Apparently, her oldest son, Jace, was not seen in the photo with the rest of the family.

"Happy Thanksgiving from our family to yours! Hope everyone had a great day like we did! #GobbleGobble @easondavid88," Evans wrote in the caption of her Nov. 23 photo.

Evans and Eason have a blended family of five children including Eason's middle child, son Kaden. However, Kaden hasn't been seen much and doesn't appear to be living with the couple at their home in North Carolina.

It has been months now since Evans' mother, Barbara Evans, was granted full custody of 8-year-old Jace. In May of this year, Evans and her mother went to court to battle over custody of her oldest child.

While Evans was awarded visitation rights to the boy, which she didn't have before, she was not given any custodial rights to Jace. Perhaps it explains why her son wasn't able to celebrate the festive occasion with her this year.

"I'm not restricted to when my mom says I can have my son anymore," Evans told E! News, "and at the moment that's all I care about. [I] just want to spend time with my son. He will be home one day but today wasn't the day, sadly."

Following the court hearing, Evans made it clear that she did not have plans to rekindle a positive relationship with her mother and proceeded to ban her from her September wedding.

"I'm really happy we could to a decision for Jace but it doesn't change my feelings towards my mom," Evans explained. "She still isn't giving up my son to me but I will fight again in the future when the time is right."

Although Evans has a long road ahead of her, she isn't jumping back into another court battle with her mother quite yet. Instead, as she and Barbara remain estranged, Evans is slowly planning to embark on a new court battle next year, after the judge on their case has time to see that she has made good progress and proved herself that she is a capable parent.

Jenelle Evans, her family, and her co-stars including Kailyn Lowry, Chelsea Houska, Briana DeJesus, and Leah Messer are believed to be in production on the upcoming season of Teen Mom 2. 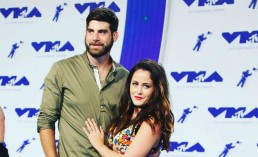 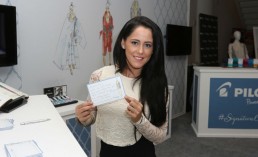