Leah Messer and the cast of Teen Mom 2 are allegedly at odds with one another in the midst of the eighth season of the show.

Following a trip to the West Coast at the end of last week, a clear divide came in between the cast that left Messer, Kailyn Lowry, and Chelsea Houska on one side while Jenelle Evans and Briana DeJesus remained on another.

After the trip, Messer shared a photo on Instagram of herself and her two co-stars. Right away, fans began commenting on the trio — and the absence of the other women.

"‘Do something funny ...’ Chelsea — Straight for the boob and her booty on Kail! I forgot about us taking this one!" Leah Messer wrote in the photo's caption, also tagging her Teen Mom 2 co-stars, Kailyn Lowry and Chelsea Houska.

"My girls ... this is how the cast should be!" a fan wrote in response to the image. "Get rid of jenelle and briana pleaseeee!!!"

"Wish they would just keep you three ladies and get rid of the other two who are so beyond immature and out of touch with life!" another said. "You girls are making names for yourselves and working hard! Keep it up."

As fans may have noticed, Messer recently began selling LipSense as she raises her three children, seven-year-old twins Ali and Aleeah and four-year-old daughter Adalynn, from her past marriages to Corey Simms and Jeremy Calvert.

Meanwhile, Houska is living the life of a single mom in South Dakota, where she and her husband are raising their son Watson and Houska's daughter with Adam Lind, eight-year-old Aubree. As for Lowry, she graduated from college in May and is currently raising three sons, seven-year-old Isaac, three-year-old Lincoln, and two-month-old Lux with three men, Jo Rivera, Javi Marroquin, and Chris Lopez, respectively.

"These [three] are my favorite," a fan said of Messer, Houska, and Lowry.

"So nice and refreshing to no see any of you three be petty on [Instagram] unlike other teen moms lol. Some people live for the DRAMA," said someone else.

Others asked why Evans wasn't included in the photo.

"Why aren’t you girls okay with Jenelle anymore?" someone asked.

"Can I ask why you guys never have photos with Jenelle anymore?" added another commenter. 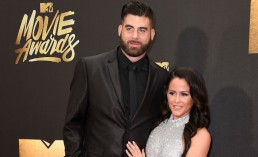