Singer Selena Gomez was honored by Billboard as the 2017 Women of the Year on Thursday evening.

Woman Of The Year

Gomez gave a tearful acceptance speech, where she acknowledged her best friend, Francia Rasia for donating her kidney to her. Raisa, who presented the award to Gomez, is an actress best known for her role as Adrian Lee on The Secret Life of the American Teenager.

"The Heart Wants What It Wants" singer stated that her condition was a matter of life or death and Raisa saved her life.

"To be honest, I think Francia should be getting this award because she saved my life. Honestly, I couldn't be more grateful for the position I've been given in my career from seven to 14 to now," she said in her speech. "I want people to know I respect the platform that I have so deeply because I knew that I wanted to be part of something great and I wanted people to feel great."

Gomez also thanked her team and family members that helped her get through the difficult time of recovering from her surgery and having to stay out of the spotlight.

Selena Gomez As A Survivor

The 25-year-old singer made her comeback at the 2017 American Music Awards this November. The singer debuted her newest single, "Wolves", a song fans speculated was an ode to her struggle with Lupus.

Gomez has also made headlines recently because of her rumored reunion with ex-boyfriend, Justin Beiber. Gomez was previously in a 10-month relationship with singer-rapper, The Weeknd.

The Hotel Transylvania 3 star spoke about her breakup with The Weeknd, stating that it was an easy situation. The pair remains friends despite rumors of the two unfollowing each other on social media. The Weeknd is rumored to be rekindling his romance with his ex-girlfriend, fashion model, Bella Hadid.

Billboard also awarded singer Solange with the Image Award and Kelly Clarkson with the Powerhouse Award. R&B singer, Mary J. Blige, received the Icon Award. Singer Ciara, who was the host of the event, briefly spoke on the sexual assault allegations that are currently plaguing headlines.

"Lets all remember how important it is that we use our voice so that the next generation's path has less resistance, less hate, less sexism, less body shaming, and let it be said loud and clear - less harassment," Ciara stated. 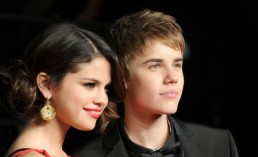 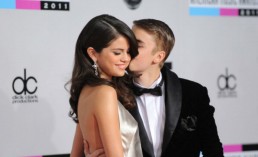 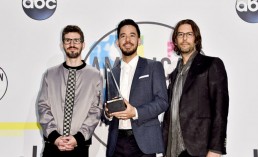