Before the Weinstein scandal, actor Corey Feldman was the leading advocate against the sexual harassment epidemic in Hollywood. For years, Feldman spoke out against Hollywood for trying to 'cover up' pedophilia and sexual abuse.

Throughout the past few weeks, Feldman appeared on numerous talk shows such as Megyn Kelly Today and The Dr. Oz Show to promote his quest to expose the Hollywood 'sex ring' that Feldman claimed he fell prey too.

The Tape Is Found

"The Sheriff's Office located some detective working copies of audio recordings made during the investigation," said Kelly Hoover, the Santa Barbara County Sheriff's Office Public Information Officer. "A copy of Mr. Feldman's interview was located. The recording is being turned over to the Los Angeles Police Department."

The Santa Barbara County Sheriff's Office was unable to provide further commentary or release any additional documents or evidence because it involved a child's alleged sexual abuse.

While the Santa Barbara County Sheriff's Office is transferring the tape to the Los Angeles Police Department, Feldman has already revealed two of his offenders on separate occasions. When Feldman appeared on the Thurs, Nov. 2 episode of The Dr. Oz Show, he named his former co-star Jon Grissom as one of his molesters.

Both Grissom and Hoffman have not responded to Feldman's allegations. Feldman has been actively raising money for his TRUTH Campaign. With the assistance of 5,694 supporters, the campaign reached over $260,345.

Feldman has stated that and his deceased friend, actor Corey Haim, were recurring victims to several men in Hollywood that took advantage of young boys. Feldman has stated with the Truth Campaign he hopes to help expose more people that have for years used their power for sick purposes. It was at one point alleged that fellow actor Charlie Sheen raped Haim on the set of the film, Lucas; however, this accusation has been rebuffed by Haim's mother and Feldman. 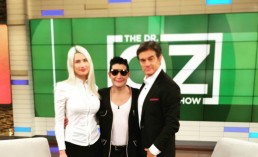 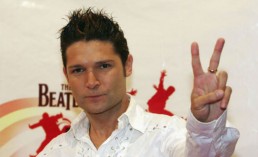 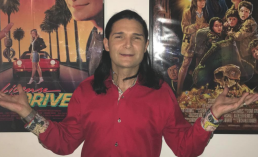